Soccer's Megan Rapinoe becomes first openly LGBT athlete in the magazine's midsummer pictorial, which has something for everyone.

ESPN's The Magazine's Body issue is an obvious attempt to get attention and boost circulation at the slowest time of the year for the media, but we're not complaining. The issue's tasteful and artistic nudity has removed a stigma for American athletes, who had been reluctant to show the fruits of their hard work unlike athletes from other countries.

The issue features a diverse group of male and female athletes of all body types, from Michael Phelps' classic swimmer's body to Prince Fielder's sumo-lite physique. It also has the first openly LGBT athlete in U.S. soccer player Megan Rapinoe, who is openly lesbian. She tweeted this:

Someone thought this was a good idea. thank you @ESPNMag for puttin this in your #espnbody issue. pic.twitter.com/j97mH6OWi4

Rapinoe's video discusses her being gay and how she still "feels like a tomboy" and how liberating it is to have come out.

What's cool about the issue are the interviews where you learn personal details about the athletes like Phelps having only a 30-inch inseam despite being 6-4, boxer Bernard Hopkins liking facials, manicures and pedicures, and the perils of being a hot jock like NFL receiver Larry Fitzgerald:

"I'll be walking through the mall and someone will just grab my butt. I look back and it's, like, some 65-year-old lady doing it," Fitzgerald said. "I'm like, "Ma'am, what are you doing?" 'Uh, I just wanted to see what was there.' "

Below are three photos I especially liked.You can see more here. 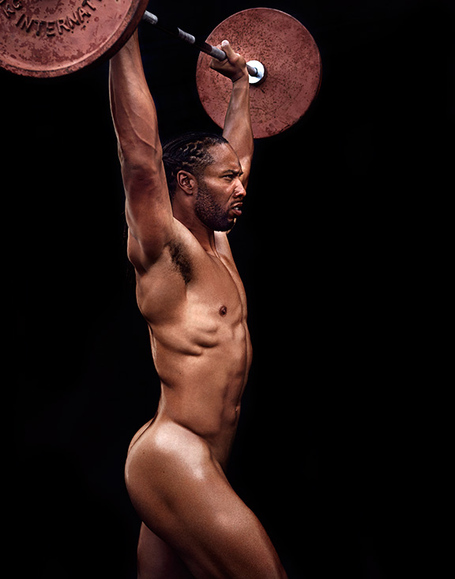 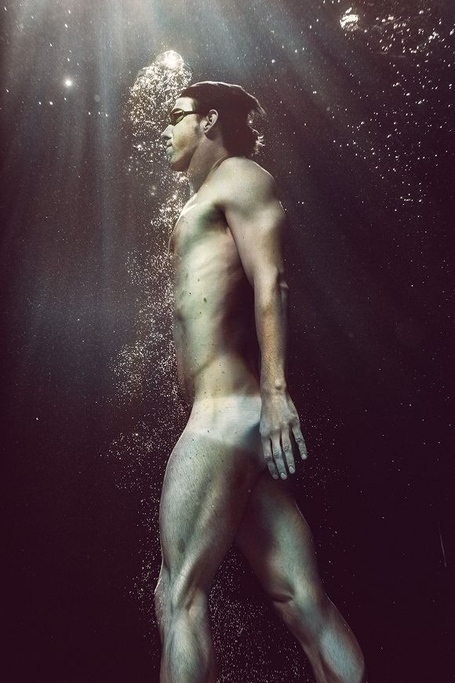 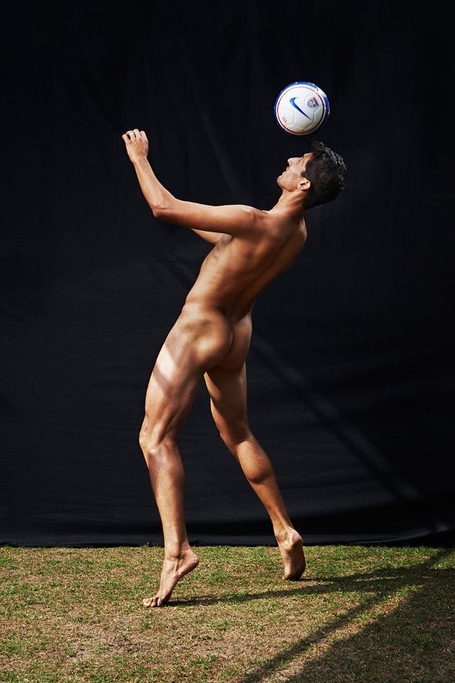