Scenes from around the Gay Games:

One funny moment at the opening Sunday of the Festival Village, a spot for Gay Games athletes and fans, was when a Cleveland Police officer of the bomb squad and his bomb-sniffing German Shepherd posed with two shirtless models of a new gay app, Grunt.

The cop was having a ball but the dog refused to sit still for the photo. He has no problem sniffing bombs and is very-well trained, the officer said, but he hates posing for photos. Temperamental and bitchy? The dog has a modeling career ahead.

The quote of the Gay Games will likely have been from this gold medalist in the triathlon who told us Sunday morning after his competition: "Now I can focus on what's important: cocktails and cock." -- Cyd Zeigler Jr. 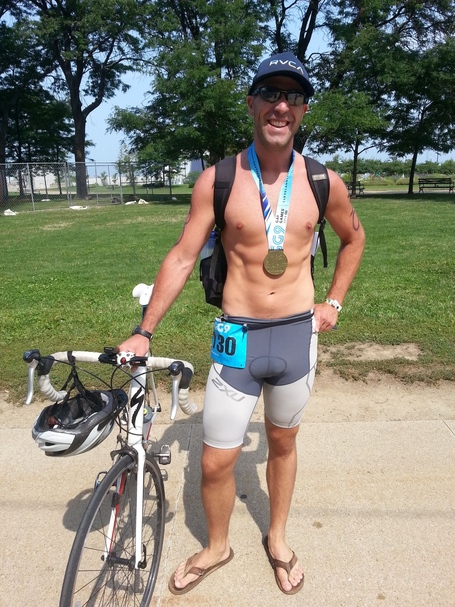 The rowing event took place on the Cuyahoga River and rowers faced some obstacles in the form of giant barges. Competition was stopped twice when a barge was coming down the river, forcing the rowers to cool their heels and delaying the end of the event for a couple of hours. The event DJ had a sense of humor and played Gordon Lightfoot's "The Wreck of the Edmund Fitzgerald" as one barge floated by.

A religious zealot standing on the corner telling gays they are going to hell is a common staple of pride events. One was in evidence near the entrance to the Gay Games Festival Village. He wasn't a yeller and seemed almost polite in informing us of our eternal damnation. The guy was tall, handsome, well-groomed, wearing reflective sunglasses and his big biceps bulged in a tight Cleveland Browns T-shirt. He looked like he belonged at a circuit party. Either it was some kind of performance art or he was one hot dude with some serious issues.

After being here three days, Cleveland and Akron are getting a gold medal for hospitality. Everyone we have encountered has been unfailingly polite, helpful and friendly, a sign that the cities are proud to be hosting such an event.

A pair of allies

I am usually not big on political speeches, but it was cool to see Sen. Sherrod Brown of Ohio at the Opening Ceremony. He has long been a champion of LGBT issues and was one of the rare few members of Congress to vote against the vile Defense of Marriage Act that was passed in 1996. I also love his wife, the columnist Connie Schultz, a brilliant columnist and LGBT champion.

One sign you are at a gay event: The official schedule of events Monday promotes an interfaith service from 7 to 9 p.m. and the White Party from 7 p.m. to midnight.

Parting shot (from the triathlon:) 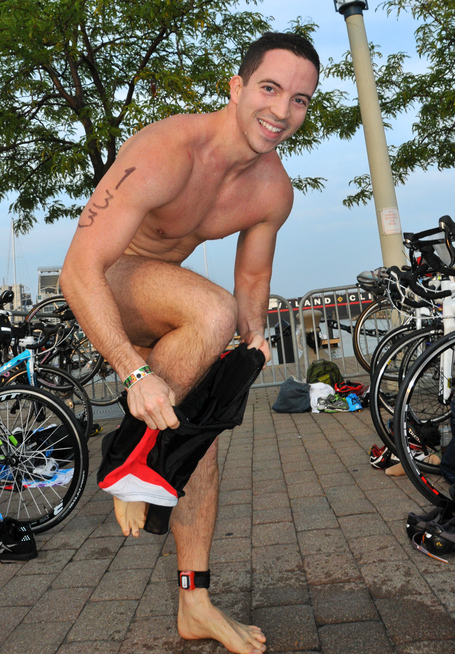 Gay Games 9 in Cleveland and Akron