The idea is to take a pejorative phrase and make it positive.

The ad agency hired to raise awareness of the Gay Games, which start Saturday in Cleveland, hit on a cool idea:

How do you get millions of dollars of free unpaid media and international buzz for the 2014 international gay games with zero traditional media dollars? Let's turn a controversial and derogatory remark like, "That's so gay," into a positive, inspiring PR, digital, and grassroots campaign that both the gay and straight communities could support.

The campaign is from the ad agency Brokaw with the photos taken by Kalman & Pabst Photo Group. They show athletes competing in various sports with the tagline "That's So Gay." Crain's Cleveland Business quoted Brokaw's creative head Steve McKeown on the reason for the tagline:

"We felt that it was time to transform an ugly and ill-received phrase and repurpose it into something that sheds a positive light on what these athletes work so hard to accomplish. We know people in Northeast Ohio understand the significance of repurposing - as evident by the transformation of the region these last few years."

It's a great idea and the photos are wonderful. You can see them all here. 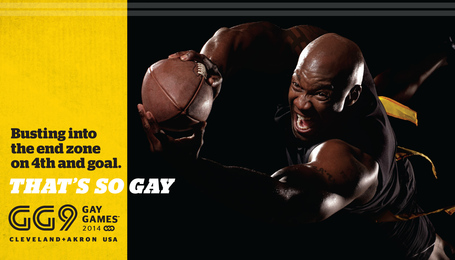 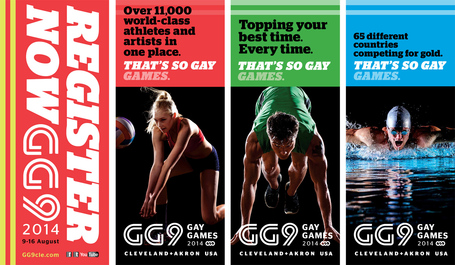