Stephen Ossola went back in the closet to take a job at Octagon, one of the world's leading athlete-management companies with clients including Stephen Curry, Michael Phelps, Jimmie Johnson and Jennie Finch. Now the former lacrosse player is living free.

Share All sharing options for: Gay Octagon up-and-comer breaks through severe depression thanks to a letter from Robbie Rogers

It felt like the slow eternity of sudden-death overtime. Instead of a lacrosse stick I was armed with a briefcase. Instead of cleats I laced up dress shoes. The adrenaline, in a reverse effect, seemed to slow the time. Minutes, instead of sweat, dripped into profusion. Finally a woman arrived and it was time.

I knew this feeling. I knew from my days playing lacrosse what it felt like to be proud of myself. I knew feeling exceptional from showcase invitations and tournament MVPs. I knew about pleasing others, from my father telling me what had gone wonderfully right after a win. I knew about landing dream jobs from interning in the University of Louisville Athletic Department.

I stepped out of the elevator. Wide glass doors opened to every sport fan's dream—jerseys hung aplenty on the wall, neighbored by flat-screen TVs. The background conversation was a cocktail of whom to recruit and how to get the next endorsement deal.

In the center of it all was a sign that read: "Octagon Welcomes Stephen Ossola."

Matt Schulte didn't want to be gay. That was the revelation the lifelong Kansas City Royals fan arrived at two months ago as his team — who is now also his employer — was fighting for a playoff spot.

Gay WNBA executive talks for the first time about growing up in Montana football, his near suicide attempt, and finding freedom through out lesbian basketball coach Sherri Murrell.

Pride lost the fight. Fear won. I was hiding, yet again, who I was. All at once I stepped back into the proverbial closet as I stepped forward to introduce myself to coworkers.  After coming out almost a year ago, I was right back to the mindset of my teenage self - someone with lots to offer, but more to hide.

I once thought the best of what I offered was lacrosse. My upstate New York hometown groomed and bred for the sport, and I was no different. Everyone in my family played. Everyone I knew played, all with the same tunnel-vision dreams to play in college. Minus the TV shows and movies, East Coast lacrosse is as serious as Texas football.

Sometimes, after hours and hours of practicing at night, my secrets took flight and I was normal. Better than normal, even. I was damn good at lacrosse, and at a young age. Was it because practice was the easiest way to suffocate my feelings? Maybe, but lacrosse was my passion, and I was hiding behind the image it gave me.

My dedication hurt as much as it helped—it distracted me from confronting my feelings. In high school I was never able to admit my sexuality, even in the privacy of my own thoughts. It would bubble up now and again, though, especially around my teammates. My self-questioning came into a sharp focus with much of the locker room talk. 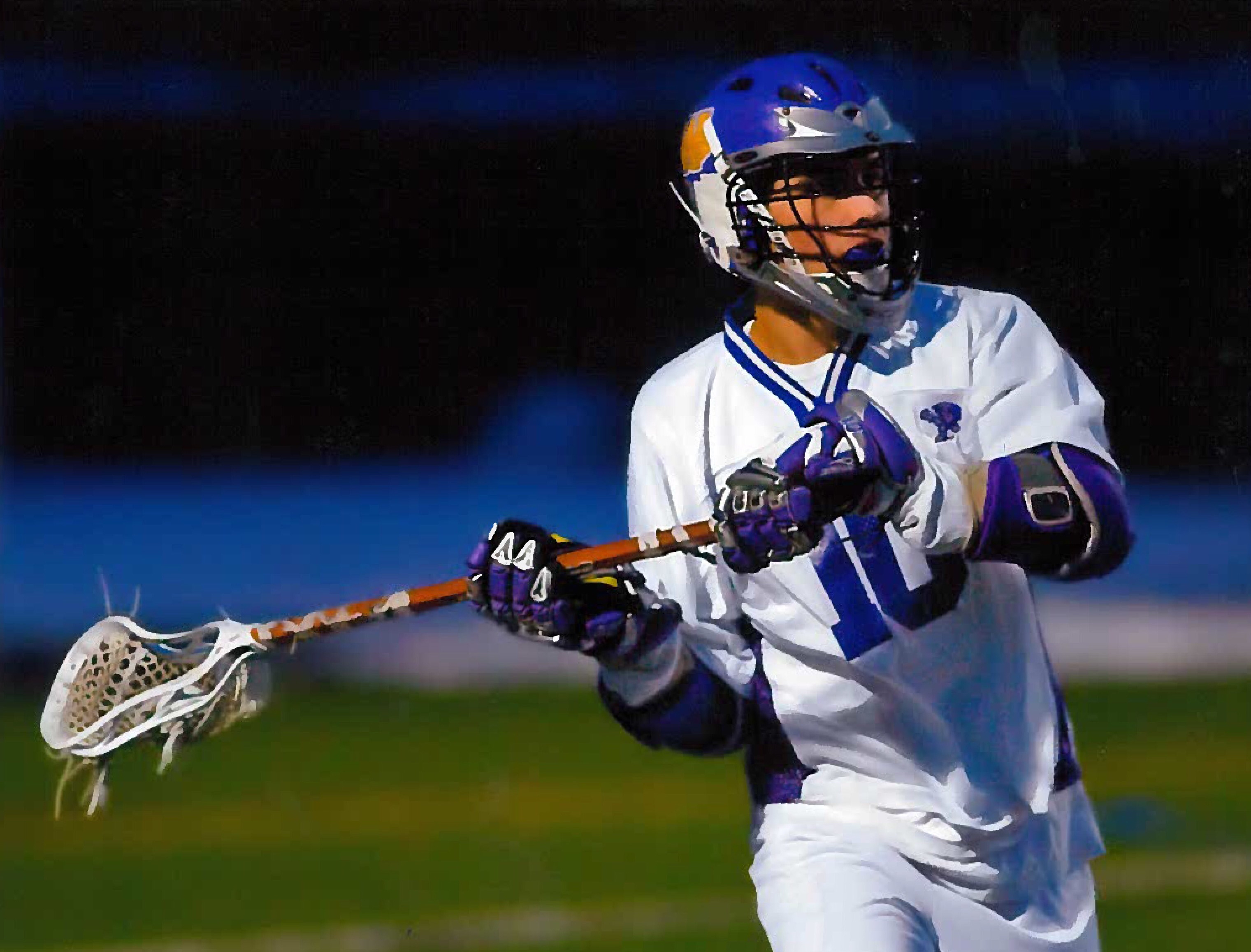 Still, I told no one. A major reason I felt I couldn't come out was because my only sibling - my older brother - was openly gay. My parents were very loving and accepting when my brother came out and nothing has changed since. It was hard for me because I knew how much my parents wanted grandchildren, and it was hard for me to accept the fact I might not be able to continue the genetic tradition of our family.

As time went on and I got older, I became more aware of who I was. I began to accept that I would never be able to do some things I wanted to do because I'm gay. During my senior year at the University of Louisville, long removed from lacrosse, I was forced to confront what I had fought off for 25 years. The feeling sank deep into my heart, and I couldn't deny its existence anymore. I became aware that smothering my sexuality was hopeless.

Depression took over my life. I skipped class. I skipped fraternity events. I skipped meetings. I crept into a dangerous mix of depression and tainted acceptance.

"I think Stephen is very brave for being open and honest about who he is. I think it will only help him on his journey for a career in sports. People want to work with oth-ers who stand up for what they believe in, and have confidence in who they are." Will Yoder, Digital Lead, Octagon

Throughout the depths of my depression, this was my lowest. I lingered here, a place where I owned a truth in my life for the first time, simultaneously wanting to end it.

Then, the game changer. The slightest hint at a comeback. The defensive stop that indicates a revival. It came in the form of MLS star Robbie Rogers' letter to his 14-year-old self, featured in ESPN The Magazine. My eyes were scrolling left to right, welling up with tears. My life changed with every sentence, every clause, every word. His story felt like my own. Suddenly, I didn't feel alone. Rogers plays soccer, not lacrosse, but at that moment, he was the best teammate I've ever had.

That letter gave me the courage to tell my ex-girlfriend. Her expression revealed what she's always been: my supportive, loving, selfless, amazing best friend.

Her reaction gave me the courage to tell my family. I'll never forget the first hug my dad gave me as his openly gay son. He held on so long that all doubt of disappointing them melted. I am truly so lucky for all of them.

Then on April 10, 2014 I decided to rip the big, gay band-aid off. I tweeted the link to my story, coming out to everyone in my world. I shared it on Facebook and Instagram. Then I took another page out of Robbie Rogers' book and just turned everything off. My nerves were good nerves. My deep breaths were good breaths. I felt free.

It's been a year since I came out. Cliché as it is, I already feel like I've had a lifetime of happiness. I'm able to look in the mirror and actually see my true reflection and feel a sense of pride. 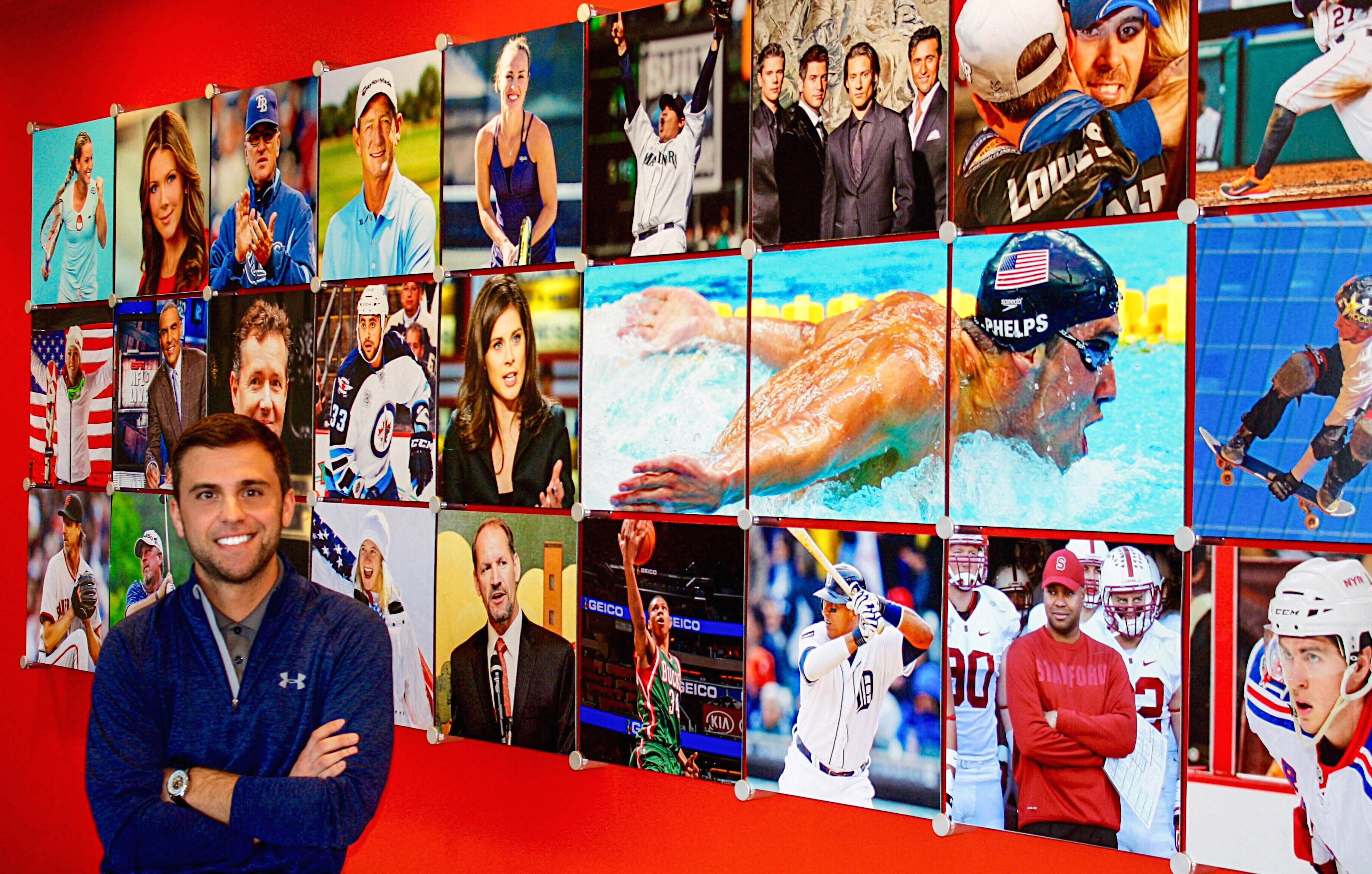 My whole life I've dreamed of working for an amazing, well-known industry leader like Octagon. Remember when I thought I couldn't work in the male-dominated, intense and non-accepting sport industry because I'm gay? Octagon proved me wrong.

In perhaps the scariest meeting I've ever called at work, I came out, again, to my supervisors. Smiles lit up the room. My boss, Will Yoder, turned to what he knew best: sports analogies. He told me that with any team, the more people who have the ability to be open with their experiences, the stronger that team will become. Having a "passion for their people" is part of the Octagon mission statement.

Before I came out, I imagined them laughing at me. A few months on the job, and they were applauding me. Octagon's culture is special, and during my time as a trainee, I won't take that for granted.

Is it a risk being an openly gay man before establishing myself in the sports world? Maybe, but it's more of a risk not showing who I am. There could be a young man in his room, right now, Googling coming out stories, and I want him to know it's going to be okay.

No, better than okay. It's going to be a win.