This text from dad helped gay Univ. of Tennessee rower come out to her team

Chandler Frumin built secret on top of secret before falling in love and deciding she had to come out. Her journey has inspired other teammates to do the same.

Share All sharing options for: This text from dad helped gay Univ. of Tennessee rower come out to her team

When I signed to row at the Univ. of Tennessee in November of 2014, I was overjoyed. I had accomplished my goal of becoming a Division 1 student-athlete at a major-conference school.

What I wasn't aware of at that time was that my soon-to-be home on Rocky Top was one of the top 5 most LGBT unfriendly schools in the country, according to The Princeton Review.

I can't say I panicked, but I was definitely concerned.

Around the same time I signed to Tennessee I was realizing that I was different from many of my peers. I started a long-distance, extremely closeted relationship with a former teammate who was away at college. We went through miserable lengths to hide it.  I avoided the inevitable "who are you dating" question at family gatherings, secluded myself from my other friends, focused on rowing, and tried not to let my fear of being "gay" ruin my life.

I wasn't afraid of liking women or dating women - I was afraid of how society, and my team in particular, would treat me. Because of this, I resolved not to tell anyone at Tennessee about my sexuality until they knew the "real me".  I didn't want to be the "lesbian rower" or the "gay freshman". I wanted to be Chandler.

Summer flew by, and my long-distance relationship ended. A mutual friend introduced me to Rachel, who had just graduated from Tennessee and offered to show me around Knoxville. I got her number and, as luck would have it, we clicked instantly. Nightly four-hour Skype dates leading up to move-in day made the 841-mile separation (Dallas to Knoxville) bearable. As soon as I moved to Knoxville, we began dating. This August will mark two incredible years together. 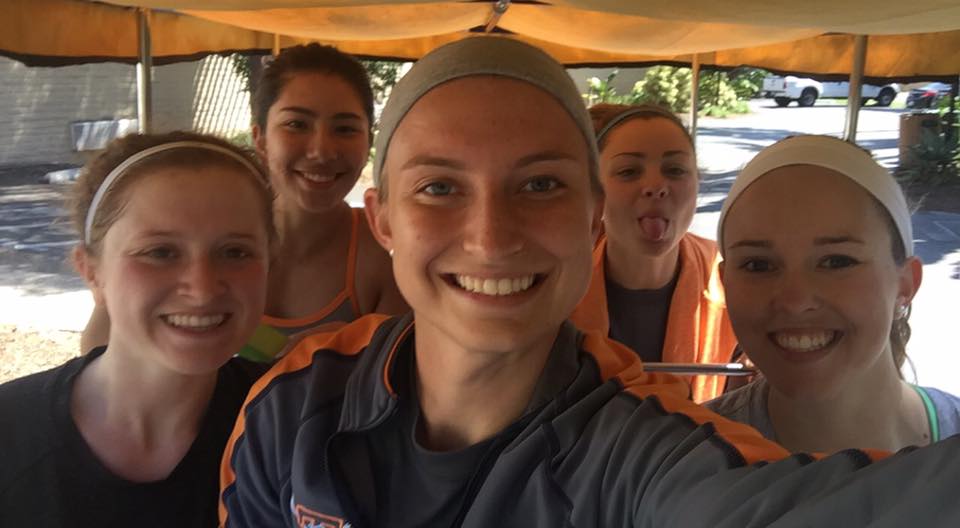 Rachel was out to her entire friend group and family. I was not. When we were around her friends, we were ourselves. But when we were with my family or teammates, we were "just friends." Trying to remain closeted put an unbelievable strain on our relationship.  The fear of potential seclusion from my rowing team kept me from being true to myself and from being truly happy.

When it came to my team, I refused to be labeled for my sexual orientation, instead of my character or athletic ability. So I committed to staying even quieter. While I was friendly with everyone on my team, the constant need to hide and avoid all personal questions created a wall between who I truly was and who my teammates knew me to be.

The stress caused me to cry on a weekly basis and had a negative effect on my athletic performance and relationships.

I told my parents about Rachel on January 1, 2015, when I was at winter training camp with my team in Florida.  I wanted to start the new year off by being honest with the people I cared about most.

My dad's text message in response could not have been full of more love:

It wasn't until spring-break training camp that I came out to my roommate. We were killing time between practices, and began talking about former relationships.  Then there was an awkward pause. My pulse picked up. This was my opportunity to be upfront with her.

"FINALLY! I KNEW IT!" She replied. We erupted into laughter as the tension evaporated.

She was elated that I finally had told her. Apparently, she and some of my other teammates had been wondering when I would finally speak up.  She immediately told our other close teammates who were just as supportive.

I couldn't believe it - telling all of them was easier than I had ever expected. Why did I wait so long? I eventually told the entire team after our conference championship in May 2015.  I didn't have to hide anymore.

Now, over a year later, I am at the highest point I've ever been athletically. I cut over eight seconds off of my 2,000-meter ergometer test P.R. from last spring. My weight no longer drastically falls due to stress - I'm stronger and faster. I feel confident and happy. I never fully knew the impact that coming out would have on my athletic performance.

Not once have I ever received any negative or hateful comments from my team.  They crack the occasional cunning gay joke, to which I send back light-hearted banter. This is how I know they love and protect me.

Since I came out to my team, several others have followed suit. Some of them even mentioned that they hadn't originally planned on doing so until they saw the positive acceptance that the team gave me.

I enjoy watching my teammates grow, both as athletes and as individuals. They ask me questions about LGBT life and issues, and I answer them to the best of my ability. Our relationships grow stronger every day and I love the fact that they love me for who I am and not who I pretend to be. 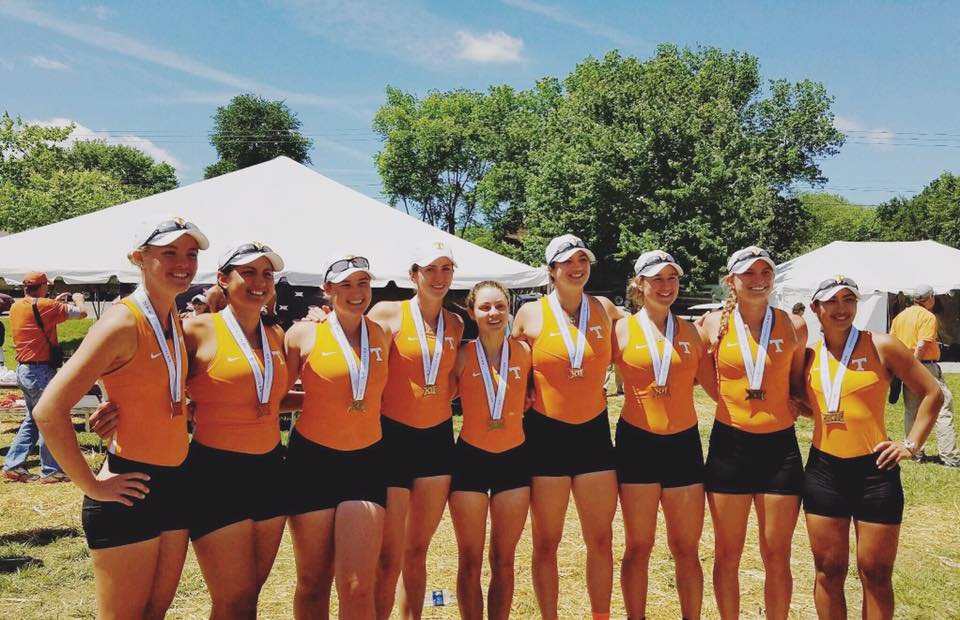 While I have not personally experienced homophobia at the University of Tennessee, I know this is not true of all other LGBT students at my school.

On May 20, 2016, legislation that defunded the Office for Diversity and Inclusion at the University of Tennessee became law. Because of this, the Pride Center, which serves as a safe haven for many LGBT people on my campus, will no longer receive funding or administrative guidance.

Across the nation, state legislatures are attempting to pass laws that allow discrimination against LGBT people. It is now more important than ever that LGBT students, athletes, and allies make a stand for what is right.

If I can offer any advice, it's this: You will know when it's your time to come out.  You may not feel fully confident when you do, but that's okay. Get it out. Support others. Be kind. And when you do come out, join the fight to make sure that all LGBT people feel accepted and respected in sport and in life.

Chandler Frumin is a rower at the Univ. of Tennessee and a member of the student-athlete advisory board of the Sports Equality Foundation. You can email Chandler at cfrumin@vols.utk.edu. She is also on Facebook, and on Instagram and on Twitter @chanderfrumin. She is a sport management major with a business administration minor.