NFL betting play of the year

Share All sharing options for: NFL betting play of the year 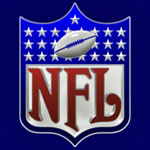 The last play of the Pittsburgh Steelers 11-10 win over the San Diego Chargers had no effect on the outcome of the game. The Chargers' last-gasp, multi-lateral play to try and win the game was foiled and the Steelers had won. But the referee's weird and wrong ruling affected millions of dollars bet on the game and has NFL fans buzzing.

In a nutshell here is what happened (see here for a more detailed explanation): The Chargers were lateraling the ball to keep the play alive. Steelers safety Troy Polamalu picked up the last lateral and scored as time expired. The touchdown and extra point would have given the Steelers an 18-10 win, but more importantly covered the five-point spread set by the Vegas oddsmakers. Steelers bettors were ecstatic and Chargers bettors stunned.

However, after what seemed like an hour consultation, referee Scott Green ruled the play dead because one of the laterals was forward (it wasn't) and took away the touchdown (after first upholding it). Chargers bettors felt like the warden called and canceled the execution, while Steelers bettors felt screwed.

Green, in a postgame interview with a pool reporter, said that call was errant -- even though his explanation for the confusion was almost as confusing as the play itself.

The end result was the first 11-10 game in NFL history, spanning 12,837 games. It also left Steeler bettors fuming about conspiracies, since the Steelers were flagged for 13 penalties to the Chargers' two.

Pro Football Talk headlined its item on the play: FANS THINK FIX WAS IN FOR CHARGERS-STEELERS:

"We've been flooded by e-mails tonight regarding the perception that the game between the Chargers and the Steelers was in some way fixed. Again, we don't buy it. But we can understand why some fans might believe it (albeit incorrectly), given the bizarre manner in which the last play of the game was handled, with the Steelers losing a defensive touchdown that would have caused them to cover the spread.

The NFL tries to ignore the gambling aspect that helps make the game so popular. Its network partners collude with the league and never post the betting line and its announcers only make oblique references to gambling. Yet, millions are wagered legally and illegally on the country's most popular sport; the Super Bowl alone has more than $100 million bet on it each year.

(Update: Peter King of Sports Illustrated wrote about the Steelers-Chargers game: "One Vegas bookie said last night that $100 million was bet on this game alone, with $66 million of that bet on the Steelers.")

I bet that the end of the Steelers-Chargers game gets a lot of media attention precisely because in the real world, gambling on the NFL can't be ignored and is an integral part of its appeal. The NFL ignores that at its peril and will only increase the sense among some fans that the fix is in.