Share All sharing options for: When bronze isn’t good enough 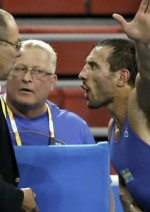 Not all Olympic medal winners are happy. Extremely unhappy was the 33-year old Armenian-born Swedish wrestler Ara Abrahamian who was handed a bronze medal in the men's Greco-Roman 84kg wrestling category. The Globe and Mail, Canada reports:

Abrahamian lost a 3-1 decision to Italy's Andrea Minguzzi in the 84-kilogram Greco-Roman semi-final at the Chinese Agricultural University Gym. After the match, Abrahamian shouted at the referee and judges and had to be restrained by a team official.

"I think the semi-final shows that FILA (wrestling's governing body) does not play fair," Abrahamian told reporters. "I didn't deserve to lose. The system is corrupt."

In the medal ceremony, Ara grudgingly climbed the podium, and without congratulating the other medalists he stormed off in a huff after receiving his prize and placed his bronze medal at the center of the competition mat in protest of the result before stalking off the stage.

Outrageously unsportsmanlike behavior? Maybe, but it seems we haven’t yet heard the last of this mess. A prominent Swedish wrestling veteran, the former President of Fila’s Disciplinary Committee Pelle Svensson, talks to the Swedish Aftonbladet newspaper about long lasting problems within Fila. He had experienced unfair and politically biased decisions against Swedes already eight years ago in Sydney, and it was even more obvious in the last Olympics in Athens. There Ara Abrahamian got silver, and that was only because of corruption and bribery.

Behind this in Athens were allegedly the Russian executives in Fila. Pelle Svensson tried to change things during Athens Olympics when he still was active in the federation. He had a fierce argument with a Russian executive whose shirt got ripped and Svensson's life was threatened.

Now after the Beijing incident Mr. Svensson decided not to shut up any more. He wants the IOC to investigate thoroughly what is going on in Fila. In Beijing, the referee was a Swiss Italian and the Vice President of Fila is the president of the Italian Wrestling Federation. The Swedes are convinced that those two had this time decided to give the gold medal to an Italian wrestler, and so it happened.

According to quick net surveys 4 out of 5 Swedes think Ara Abrahamian did the right thing and was screwed by the judges in the semifinal match. 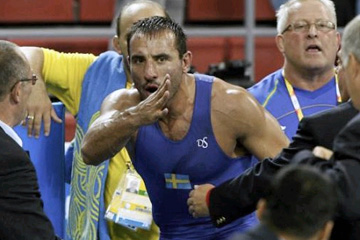 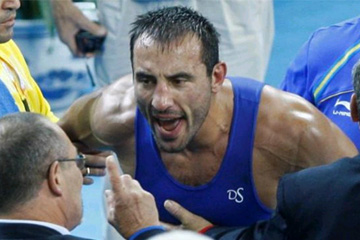 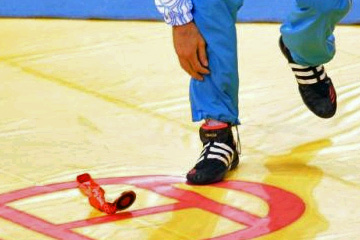