Coughlin goes 6 for 6 in the pool

Share All sharing options for: Coughlin goes 6 for 6 in the pool 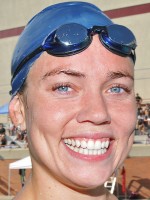 In all the deserved hoopla over Michael Phelps, another Olympic swimmer made some history in Beijing. American Natalie Coughlin won six medals this week to set a record for a woman. She also has won 11 medals in 11 career Olympic medals.

I have always rooted for Coughlin since meeting her while covering a pre-Olympic meet in 2004. She was very gracious during the crush of interviews and happily posed for photos then and at other meets for Brent Mullins (see right, and after the jump). Sean Smith, a former Rutgers swimmer, said on our most recent podcast that Coughlin was one of the nicest people he has met in swimming and always gracious with her time. It's easy to root for such people. 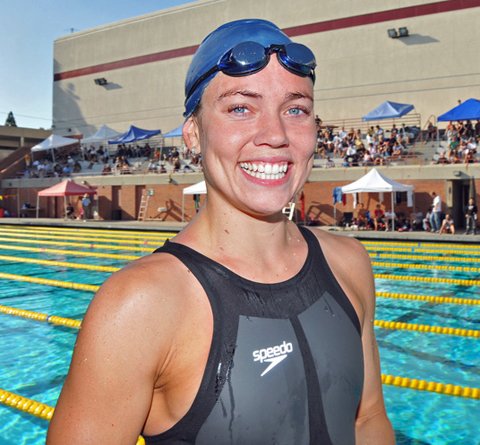