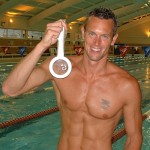 Swimmer Mark Foster, 38, will carry the flag for Britain at the Opening Ceremony in Beijing. Yep, he is 38 (with an amazing body you can see in more detail after the jump) and swims in the 50-meter freestyle.

The 38-year-old from Essex - competing in the 50m freestyle - was chosen from a poll of all the British competitors.

"It means the world, it's a real privilege, it's a real honor," Foster told BBC Sport ahead of competing in his fifth Games.

Foster, who won silver at the 2008 world short course championships, will be looking to add to his 47 medals.

He added: "I put my name forward. I suppose in my heart of hearts, I didn't believe that I'd actually get nominated and actually get to carry the flag. 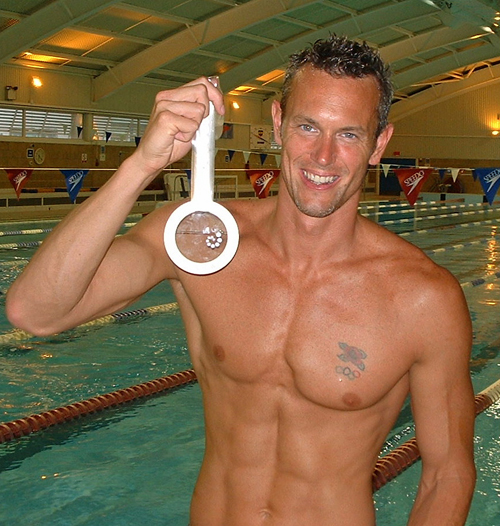