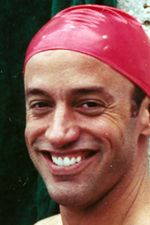 With the Olympics opening tonight, Southern Voce explores the event and gay jocks who have taken part. Included in the cover story is an interview with Bruce Hayes (photo), the former Atlantan who won gold in the 1984 Games, and a closeted athlete who won silver in 2004. The paper also features a story on what gay tourists and athletes can expect in Beijing.