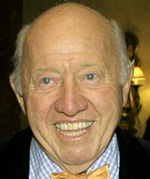 Tennis commentator Bud Collins was on ESPN this morning thrashing the U.S. Open women's draw. His beef: The Williams sisters should be the top two seeds in the tournament. As it stands, Serena is seeded No. 2 and Venus is seeded No. 3. Collins argues that the two best players in the world are clearly Serena and Venus, and they should be the top seeds whether Dinara Safina is the No. 1player in the world or not (she is). The U.S. Open followed the world rankings for the top 7 women's players.

Is Bud right? Should the Williams sisters have been 1-2? They were the finalists at Wimbledon and Serena beat Safina in the Aussie Open finals. Safina has never won a Grand Slam title; Serena is the defending U.S. Open champion. Safina is the world No. 1 largely because she plays more tournaments (two more this year) than the Williamses.

I'll tell you this much: I'd put my money on Serena or Venus before I put it on Safina.