We are thrilled to announce a partnership between Outsports and the Gay Games in Cologne that will run from now through the quadrennial event in early August. The deal makes it possible for us to offer every bit of exposure for the Gay Games we can, and it gives Outsports the ability to cover the 8-day event.

Both Jim and I will be attending the event in Cologne, Germany. This will be my third straight Gay Games, and it will be Jim's sixth straight (since 1990). What Outsporters will be attending the Gay Games? I'm trying to decide which event to participate in: Have a shot at a medal in track & field, or try something new and get my ass kicked in swimming or golf? I'm taking suggestions!

Also, Outsports is co-sponsoring the Gay Games' registration tour of the West Coast U.S. starting this week, and we'll be attending the event in Los Angeles! 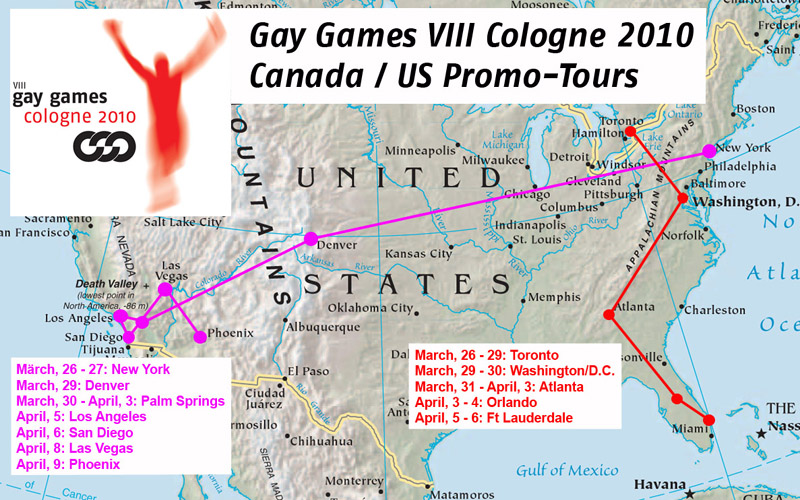