World Cup tied up in draws

Share All sharing options for: World Cup tied up in draws 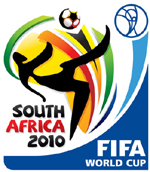 I can't speak for all Americans, but I can clearly articulate why I am not a fan of soccer and why I haven't watched more than three minutes of the World Cup. And it can all be summarized by this headline and subhead on CNNSI.com: "Shocker in South Africa: New Zealand...pulled off the event's biggest upset by battling Italy to a 1-1 draw." That's right, the most exciting outcome at the World Cup was a 1-1 tie. The United States' big shocking games, with England and Slovenia: Both ties. In fact, 10 of the 28 matches so far have been ties; And only two teams out of 32 have been able to score more than 3 goals in two games.