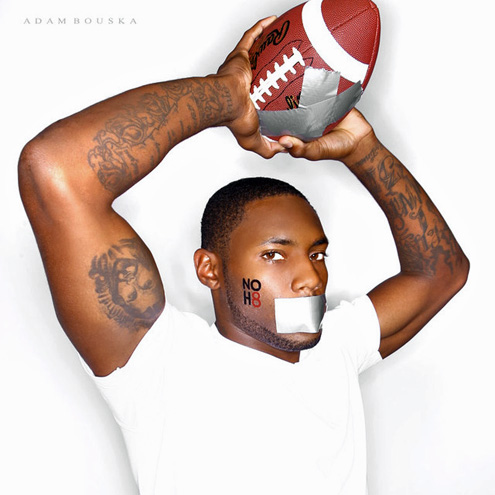 New York Jets defensive back Antonio Cromartie laid into Patriots quarterback Tom Brady this week, calling Brady an "asshole" and answering "fuck him" to a question posted by the New York Daily News. And despite appearing in the "No Hate" campaign, Cromartie said he hates Tom Brady.

Shaun Ellis backed up Cromartie's hatred with claims that Brady taunted them in their previous game (though Darrelle Revis and David Harris said they've never seen it). This comes after Jets coach Rex Ryan again invoked the concept of their upcoming game being "personal" with Patriots coach Bill Belichick.

As much as the Jets are trying to get to the Patriots, Belichick responded to Ryan's challenge with a joke, and Brady simply complimented Cromartie and said that he's been called worse. The contrast in styles between the two teams kicks off in Foxboro on Sunday.