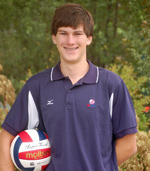 Editor's note: At 15, Los Angeles volleyball player Galen Dodd is likely the youngest athlete who has ever told his coming out story for Outsports. He contacted us and had the full backing of his parents, who helped him edit the story.

I first started to understand that I was different when I was 10 years old, in fifth grade, when I had my first introduction to health. Sitting at those wooden tables watching a video on puberty and health, all I could wonder about was how the other guys in the room felt about the subject of girls and guys. I wasn’t sure whether I was the only one not thinking about girls.

In sixth grade, my parents had me take a health education program called OWL (Our Whole Lives) at our church. The class, which covered everything from eating right to healthy relationships to sex, was where I realized that I was attracted to guys. Eighteen months later, on July 17th, 2009, I came out to my sister and a group of teens as we were attending a teen personal growth seminar, Insight Seminars. During a break, my now-best friend, Allie, said to me: “You’re such a strong person. I love and am so proud of you. What you did inspired me to share myself more.” Also during the break, Leah, one of the people I was closest with at the seminar, said it was “just so great how open everyone can be here.” These comments coming from near strangers started to show me how supportive people truly can be.

Then next people I told, with the help of my sister, were my parents. I had recently got into my first relationship and had been dating a guy, Spencer, for about three months. I wanted to sleep over at his house one Friday, and his dad’s only requirement was that my parents had to know the truth. 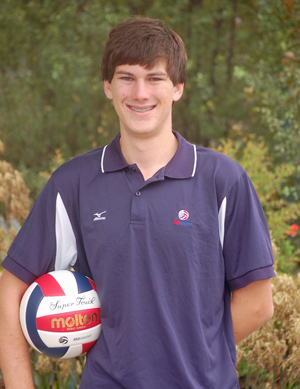 I was so nervous that I didn’t really tell them. I had my sister say something about me having a boyfriend and then my mom came into my room and we had a talk about it. She just wanted to express how much she still loved me and I knew then my family would be very accepting. Friday night came, I slept over, and Spencer and I had a blast just spending time together with his parents. Things later started to go downhill in our relationship, but I will always remember that his stepmom, Cyn, emailed me to say, “even though things may not work for you and Spencer, know that I am still here for you as a friend and will always be open to talk.” That really showed me how much she cared about and that there are adults who care for the overall well being of kids. I like them!

For the 2010-11 season, I played for a volleyball club that had a majority of our players from an all-boys’ Catholic school. The entire season I kept my being gay hidden from them (and from anyone in the volleyball world for that matter).

Every practice I would hear some sort of comment about something or someone being “gay” or a “fag,” and each time I cringed thinking of how I would never be able to be who I truly am with them. Even though those terms are not meant to be harmful, and don’t even seem relevant to what the speaker is trying to express, it has become common language among teenagers and young adults. But after I came out, my fellow players have been nothing but supportive. One teammate, Connor, told me after a team party: “I don't really have any reason to have a problem with it...” It shows that even a guy from a hardcore Catholic school can be accepting. As far as Connor was concerned, I was a teammate and he was going to have my back.

The first volleyball player I ever told was my (then) new friend, Dakota. He was also a new student to Palisades Charter High School and was on the volleyball team. After about two weeks of knowing each other, one Friday afternoon we spent about 10 hours texting about nonsense. Somehow the topic of homosexuality and gay rights came up. I expected him to say some derogatory comment being from a red-neck family, but he caught me by surprise saying he was accepting. I decided to take a chance and tell him. He said, "it's completely fine, there is nothing wrong with it, you’re just who you are.” It was a good thing and we are still good friends. I knew at that point that, no matter what, I had at least one ally on my school team.

Over this last summer, I traveled to Tucson and spent 10 days training and competing at the 2011 USAVolleyball High Performance Training Camp and Championships. During that time I met an openly gay coach, Travis Turner, who happened to live in Southern California and is the director of Balboa Bay Volleyball Club in Newport Beach.

I was focused on training when I was in Arizona, but when I got back I sent him an e-mail and talked to him. We then had a long telephone conversation and he showed me that no matter what, whether gay or straight, a coach wants a team with players who can win. With that in my mind I knew what had to come next – it was time for me to come out to the world and be who I am supposed to be. I now play for one of the best clubs in the country with 11 other guys that have my back and two great coaches who are nothing but fantastic.

My last step came Aug. 26, a Friday, one of the most important days of my life. The week prior was spent procrastinating about wanting to come out. Whenever I was ready to hit the Facebook “share” button, I got scared and backed off. Finally at 11:45 that Friday night, I posted a Facebook status update that said: “Galen + PMSing + Oh f*** it= I'M GAY... So yea delete me if you want, otherwise goodnight Los Angeles!,” and it felt great! All weekend, my phone was buzzing with activity of people “liking,” “commenting,” and “messaging” me to show their support. In three days, I had 82 likes, 47 comments, and no one had deleted me. 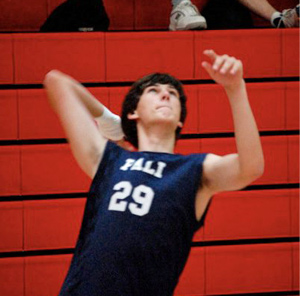 Some volleyball players I knew were completely taken by surprise, and thought I was playing one of those straight-guy practical jokes. One the first responses came from Lucas, who wrote: “Are you seriously gay? like coming out of the closet? If so, congrats I’m proud of you to say that that takes a lot of courage and I respect that. I respect people that are actually homosexual because that takes so much courage to be different...” His response started to show me how accepting our generation can be, even if they say things that don’t represent that.

As I head into the new season, I’ve made so many more friends from volleyball this summer who have been nothing but great. Nick and Vinny are two players I am especially close with. They couldn't care less about my sexuality and still consider me the athlete I am. I bonded with Vinny on a trip to Junior Nationals in Minneapolis this July. We talk about everything and it really meant a lot when he said, “You’re still a really funny, outgoing, and great athlete. Regardless of you sexuality, nothing will change between our friendship and my attitude towards you on and off the court.” The feeling of knowing you have the support and backing of fellow athletes, friends, and great people in life means a lot. The same applies to Nick, another player I became close to at the Junior Nationals. One morning we were texting and just having some fun and he brought up girls, one in particular, our mutual friend Sara.

It’s great to just be able to laugh and joke about being gay with a friend who you know is supportive.

I am really excited about the new season, now that I am out and have gotten so much support. We are all going into our “16s” season for club volleyball as sophomores in high school and are excited for Junior Nationals 2012 in Dallas. I also will be playing in the spring for my high school team, Palisades Charter High School. All of us have three more years of high school and I can’t wait to see what happens next. 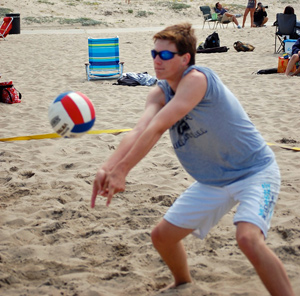 According to my friend Jackson, I was neither in nor out of the closet but in the “conjoining hallway that leads to the real world” for more than two years. I know the fear that gay teenagers, and especially gay athletes, experience growing up. The feeling right before you come out to someone is a major decision and one that has lots of emotion to it. I was lucky enough to be greeted with tons of support from everyone. I have no regrets and wouldn’t do anything differently.

One resource has been Outsports, which has featured stories about a lot of great people, who if you reach out to them, are more than happy to provide support. I reached out to a number of people and am glad to have those people in my life now. One person in particular is Mari Burningham Winter, the head women’s volleyball coach at the University of Redlands, whose story I read about in Outsports. I was able to bounce ideas off of her on different ways to come out publicly, get advice and hear about her experience on being gay in the volleyball world, and get a new great friend.

My advice to the LGBT teens struggling to be accepted is to take a step back and accept yourself for who you are before expecting others to accept you. Once you know yourself, then others can truly know the real you. You could be surprised with the response. I sure was!

Galen Dodd, 15, just started his sophomore year at Palisades Charter High School in Los Angeles. He also plays club volleyball at the SCVC-Southern California Volleyball Club. He plays middle blocker and opposite hitter. His awards include CIF-LA JV First Team 2011, 2011 Pali High Freshman of the Year and 2011 USAV High Performance attendee. He welcomes emails at galen.dodd@gmail.com or on Facebook at Galen Dodd.