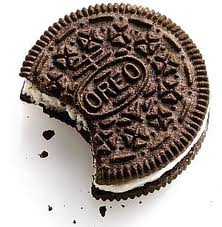 The Andover High School basketball team has been torn apart by a hazing incident that has left two students expelled from the school and seven more suspended. The incident took place at Hoop Mountain basketball camp last summer and involved a "game" called "ookie cookie" or "wet biscuit." From the North Andover Eagle-Tribune:

Hoop Mountain has been tossed from the Stonehill College campus in Easton, Mass., where police are investigating claims two underclassmen were urged by older teammates — two in particular — into playing a game called "wet biscuit" at the camp in early July. The loser of the game was forced to eat an Oreo cookie covered in a bodily fluid.

The bodily fluid that other media outlets seem incapable of mentioning is semen.

One of the students coaxed into the incident had already transfered to another school before the hazing was first reported to a coach on Nov. 11, about four months after the incident occurred. The accused face up to a year in jail and fines of $1,000. The camp has been kicked off the Stonehill College campus.

We constantly hear how important hazing is to building camaraderie on a team or in a fraternity. Would someone please explain to me how forcing someone to eat a semen-covered cookie, having one teammate flee the school, and having nine members of the team either suspended or expelled builds camaraderie?