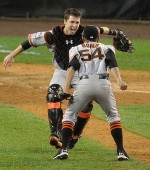 After two National League playoff series of living on the edge, the San Francisco Giants swept the Detroit Tigers in four games to win their second World Series title in three seasons. The Giants won Game 4, 4-3, in extra innings.

The first round of the baseball playoffs were awesome, with all four going five games and featuring one amazing comeback after another. In contrast, the World Series was a dud, with the Tigers leading for only 2 1/2 innings total (all in Game 4). Hats off to the Giants for a wonderful playoff run, and especially to the totally adorable Buster Posey: 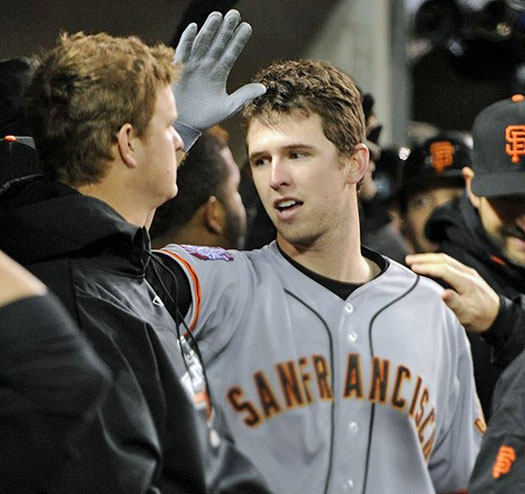