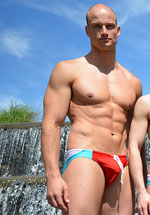 Andreas Derleth, a German now living in New Zealand, has been crowned the 2012 Mr. Gay World, a gay beauty pageant that took on a more serious side this year for being held for the first time in Africa. The event in South Africa, which includes a sports challenge and fitness test, got mainstream media coverage after three black Africans entered.

After Mr. Gay Ethiopia entered the Mr. Gay World contest, his father cut off all communications. Mr. Gay Zimbabwe withdrew, fearing the publicity was making life difficult for his mother.

But Mr. Gay Namibia’s family accompanied him to the airport for a warm send-off when he left for the competition, which culminated for him and 21 other men late Sunday in the finals at a Johannesburg casino.

Conditions for many LGBT people Africa can literally be deadly, with national governments in at least a dozen countries outlawing homosexuality. Just declaring yourself gay in many places can be life-threatening. Neither of the black African contestants made it to the Top 10 of the event, now in its fourth year.

It is amusing to see the scoring criteria for the pageant, and find that answering an LGBT history test counted for 5% of the total, the sports segment for 10% ... and the swimsuit part for 20%. The event's winner, Derleth, is 32, a stationary store manager in Auckland, where he lives with his partner. And he looks pretty good in a swimsuit: 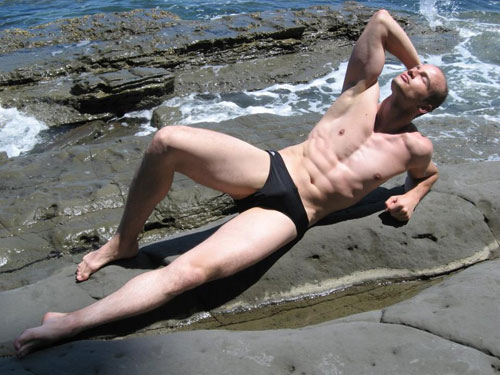 Photos of all the contestants on the Mr. Gay World site.