Cowboys.com launches as a dating site for dudes into cowboys

Share All sharing options for: Cowboys.com launches as a dating site for dudes into cowboys 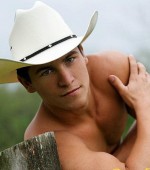 Anyone who types in "cowboys.com" expecting to find out about Tony Romo, Miles Austin or Jason Witten, will instead find profiles allegedly of men looking for their own cowpoke. The site launched last week, five years after the Dallas Cowboys screwed up a bidding process to obtain the domain name cowboys.com.

“We are extremely excited to have decided on a direction for this property. Gay dating is a primary target for this website however, we will also serve the needs of straight daters as well,” said Darren Cleveland, President/CEO of City Advertising whom is part of the owners group.

“In understanding the traffic base, tens of thousands of visitors per month come to the website looking for a variety of things, dating is one of the most sought after searches. To finally be able to serve these visitors needs is a great opportunity."

You can't browse profiles on cowboys.com unless you are a member, and the sign-in page says it's the place to "find millionaire singles," which is really bizarre, so this might all be a publicity stunt. The funny part is that the Dallas Cowboys thought you could buy such a prized domain name for the average price of two tickets to watch the team. Maybe that's why they've won one playoff game in 16 seasons.