Robbie Rogers' coming out shows the transformation of sports

Share All sharing options for: Robbie Rogers' coming out shows the transformation of sports 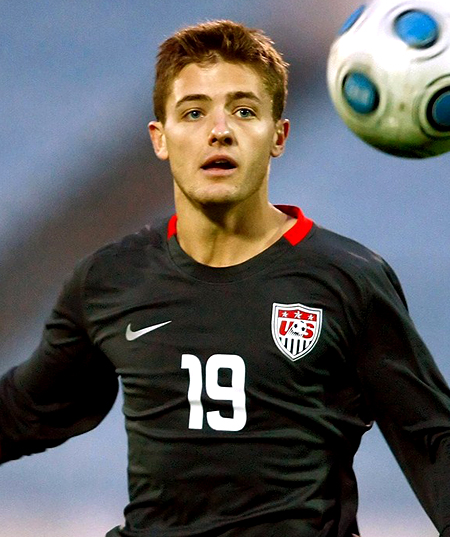 To measure the progress we're making in the fight to end homophobia in sports, we need just two things: Cause and effect.

The cause is the news story. Today, professional soccer player Robbie Rogers provided that when he came out publicly. Having struggled with his sexual orientation for years, today he open the door for a glimpse into the world of sports. It was eye-opening.

Rogers' coming out in itself doesn't tell us a heck of a lot. We now know he's a young man who has struggled with his sexual orientation for years. In all likelihood, that struggle held him back from the promise that surrounded him just a few years ago. As we've heard so many times before from gay athletes, the closet is a dark place; It's hard to see the ball when you can't see the light.

Where we're best able to measure the state of homophobia in sports is through the effect the story has had: The reaction to these news stories like Rogers' announcement. Whether it's Tim Hardaway saying "I hate gay people" or Rick Welts telling the world he's gay, the reaction to these stories -- from athletes, coaches, fans and the media -- give us the barometer we're constantly looking for.

Today we learned something profound. We've known the tide has been turning in sports. Support has been shown in the past for athletes coming out like Esera Tuaolo, John Amaechi and Wade Davis.

But the sudden groundswell of support and admiration for Rogers today confirmed in a new way what we've suspected for a while: For every person who says how difficult it would be for an openly gay professional athlete, there are a thousand more looking to show their support.

"Yesterday I thought [Rogers] was a very good player and I still think that today. Should Robbie want to return to the game, we would still be open to him being part of the Fire.”

That's from Chicago Fire head coach Frank Klopas; The Fire own the MLS rights to him.

"Much love and respect to my boy @robbierogers ! Proud to be your friend bro."

That was from U.S. national team and professional British soccer player Stuart Holden.

“@robbierogers Brave men like you will make it so that one day there’s no need for an announcement. That day can’t arrive soon enough.#Support”

That tweet was from Director of Player Relations MLS Players Union Eddie Pope.

Coach. Player. Union. They didn't have to say what they said, but they did. And their open arms for Rogers were resounded by thousands of tweeters in and out of sports all day long. The support was overwhelming, across a wide spectrum and reaching every corner of sports.

Like never before, that support was voiced loudly and proudly. While he may have disappointed of late on the soccer field, he is being heralded as a champion on the level of an Olympic gold medalist.

There's simply no denying the transformation of sports anymore.

At the Nike LGBT Sports Summit last June, the 30 or so leaders in attendance talked about ending homophobia in sports in four years. It seemed like a daunting task at the time.

Thanks to the countless men and women who have shown their support for Rogers, we now know the truth: With 40 months left, there should be nothing that stops us from the LGBT sports movement putting itself out of business by 2016.

Some are saying that Rogers' departure from soccer demonstrates the continued power of homophobia in sports. It doesn't. The worst people to gauge homophobia are people in the closet. They operate from a place of perceived homophobia. Whether it's James Nutter or Davis or Welts, we hear over and over and over from people who come out in sports that the reality they were living in wasn't reality at all. We at Outsports haven't heard of a single negative story of an athlete proactively coming out in sports in 15 years. And Rogers will tell you, eventually, that his perception of being gay in soccer wasn't accurate at all.

In the coming days and weeks, we'll learn more about Rogers. I imagine he'll talk about his motivations for coming out, the reasons behind his departure from sports and what he hopes to accomplish with his life's new direction. Hopefully he will choose to become a powerful voice in our movement. I also hope he eventually chooses to return to the sport he loves.

But we already know this: The sports world has permanently transformed, homophobia is on the run, and the days of gay athletes being forced to live in the closet are coming to an end.

There's no turning back now.