She talks with Outsports about gay-conversion therapy, her passion for Mixed Martial Arts and her post-coming-out fears

Fallon Fox never wanted to talk about being transsexual. The professional MMA fighter who's been tearing through opponents has been a woman to her training partners and opponents for the last five years. Now, due to circumstances beyond her control, she's being forced out of the closet well before she was ready.

"For years I've known at some point it's very likely the shoe would drop," Fox told Outsports in a phone interview Tuesday. "Maybe someone would guess that I'm trans. Maybe they would know me from my life before I transitioned. I've been waiting for that phone call to happen. And Saturday night, it happened."

Fox was at dinner celebrating a victory when a call came through. It was from a reporter who asked probing questions that clearly lead to one conclusion: The reporter knew Fox's secret past. Within 48 hours she got a call from a former trainer who had been interviewed by the same reporter with the same questions. The secret of Fallon Fox was about to come out.

"These past six years, people have seen me as a woman, not a transsexual," she said. "People in the gym, people I train with, it's been great, it's been awesome. I'm just a woman to them. I don't want that to go away. It's unfortunate that it has to."

Born in the wrong body

Ten years ago, Fox told her parents that she felt like she was born in the wrong body. Her mother rejected the news. Her father told her she was actually a confused gay man. Fox insisted that she wasn't gay, and that she was mostly attracted to other women. Her father was unrelenting and put her in gay-conversion therapy. There she was treated by a gay-conversion therapist who tried to convince Fox that she was a gay man so that he could turn her into a straight man.

When the therapy sessions finally ended, Fox decided to start her sexual transition. She soon began hormone therapy that she has now been on for 10 years. Six years ago, she had gender reassignment surgery.

"For the longest time, my mother didn't want anything to do with me," Fox said. "I wasn't even allowed to come into her house or show up at her door. But as the years went on, they both started coming around a little bit."

That's taken a turn for the worse recently. Fox has not spoken to either of her parents in almost two years.

Shortly after her surgery, Fox took up MMA fighting. In the coming weeks and months she found a love for it. Over the last five years, it has become the reason she gets up in the morning. It is her life's passion.

"I get to train and hit on the bag and let some aggression out," Fox said. "And I love being out in front of the crowd when I compete. I love displaying my skill. All the hours of hard work and training, and you go out there and get to display what you've learned. At least when you lose, you know you tried your best. That fight experience is intoxicating."

She has also become a dominant fighter. In her last match, this past Saturday just hours before the phone call that precipitated her coming out, Fox used a knee to the face to drop her opponent, Ericka Newsome, in 39 seconds.

Fox said she was confident going into that fight because of her preparation. She had watched tape on Newsome and saw she had a weakness: "Erica throws wild punches and doesn't defend her face." Very early in the match, Fox saw what she had seen on the tape, and she took the opening. With a smart, technical move she delivered a knee to Newsome's face and ended the match. 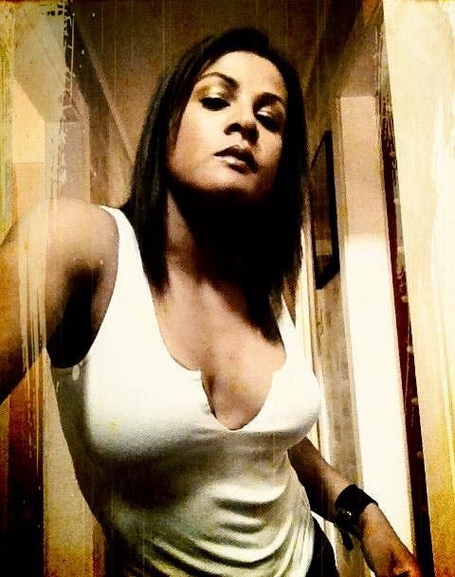 It's not uncommon for elite-level female fighters to display this kind of dominance early in their professional careers. Fox points to Olympic judo bronze medalist Ronda Rousey, who is also undefeated in her professional matches and whom UFC's Dana White called a "rock star." Most of her wins have come in under two minutes. Megumi Fuji was 22-0 and won most of her matches in under two minutes until later in her career.

Due to her hard work and focus, Fox considers herself a top-tier fighter who is just now moving through the ranks of the MMA circuit.

"This [dominance] is pretty common for someone who's an elite fighter with great technique," Fox said. "I've been training for this for five years. It's been all that's been on my mind. Constantly training. And it's just now starting to pay off."

Fox knows some fans, and even some fighters, will try to dismiss her success because she was born in a male body.

"With a little more education," she said, "they might be able to see that they're wrong. I'm not the only one who's been dominant."

She argues that after 10 years of hormone therapy, and six years after gender-reassignment surgery, any advantage she had from being born in a male body have been erased. She is even recognized by the State of Illinois as female on her driver license.

"I'm technically, legally, physically and mentally female," she said. "Everything about me is female"

Still, SI.com is reporting that there is confusion around Fox's fighting license. She is currently scheduled for her next bout on April 20.

Her manager, Brett Atchley, has worked with Fox for just four months. He knew early on that Fox was transgender, and he said it doesn't matter to him one bit.

"She's gone through this process and it's been more of a challenge, and it's taken more of a commitment, than anyone she steps into the cage with," Atchley said. "It doesn't matter to me. What matters to me is that she was strong enough and trusted me enough to tell me."

Fox has fears about the repercussions of coming out. For one, she worries that her life as simply a woman is going to transition. We hear this from athletes who fear coming out will put their athletic accomplishments behind their sexual orientation. Instead of being simply a female fighter, she fears she will now be labeled a "trans female fighter." Instead of entering the gym and walking down the street as a woman, she will now be a "trans woman."

"I consider myself a woman. I happen to fall into the transgender category, but I rather describe myself as a woman first, transsexual woman second."

Now that her distant past is coming into her present, Fox's biggest fear is that her fighting career may be taken away. Even if Championship Fighting Alliance stands by her, and it looks likely they will, she could have trouble finding a fighter who will get in the ring with her. While she is cautiously optimistic that the elite-level fighters will understand they are on an equal playing field, the fear of not fighting again weighs heavily on her mind.

"I love it so much. It's been my life these past five years. I could have given up on it a long time ago, but I can't let it go."

Watch a preview of a documentary featuring Fox, currently in production: