The league targets discrimination of all kinds, including homophobia.

Share All sharing options for: MLS Scores With 'Don't Cross The Line' Campaign

Fans of Major League Soccer, whether in the stands or on TV, have seen banners that say "Don't Cross The Line" on displays in stadiums and on video screens. It's part of the league's campaign against discrimination of any kinds, on and off the pitch, including homophobia.

I would have preferred "sexual orientation" to "sexuality," but MLS has been clear about its support for gay players, so I don't see this as a way to blur the issue. Although not the case in the U.S., racism has been a huge problem with European soccer, which is one reason I suspect the campaign is all-encompassing.

Jeff Maurer of the Washington Post, who saw the ads last month when the MLS season started, wrote: "MLS's anti-discrimination campaign is called 'Don't Cross The Line.' Is that a good name? Don't Cross The Line sounds like, 'Hey, a little discrimination is okay - we're not asking for miracles here. Just don't go nuts with it. Don't cross the line.' I'm sure that's not how they meant it." Maurer quibbles here, since I did not take the name that way. I think any discrimination by itself of crossing a line; it's like being a little bit pregnant.

Update: An hour after I posted this story, this happened. 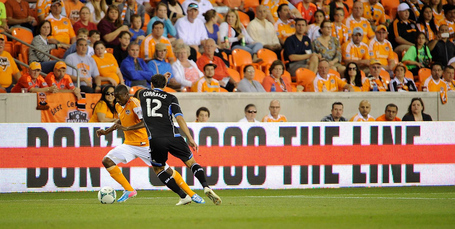 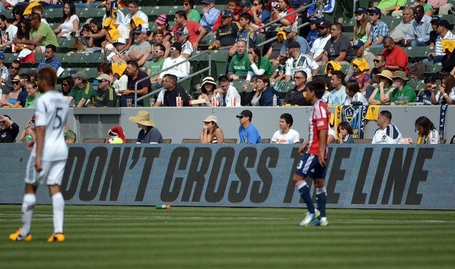 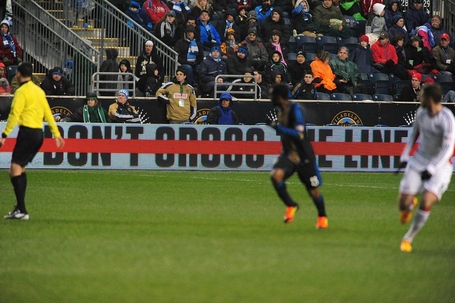 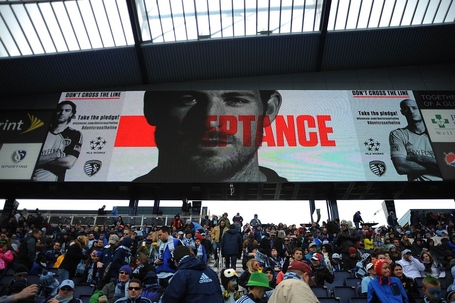