The couple now works with Freedom To Marry to win, well, the freedom to marry

Gail Marquis was a basketball pioneer. She played on the first U.S. women's basketball team to compete in the Olympics in 1976 (the sport wasn't offered to women at the Games before then). Despite losing badly to Japan in the round robin, they went on to win a surprising silver. Last autumn she was part of the inaugural Queens College Athletic Hall of Fame.

In 2011 she married her longtime partner, Audrey Smaltz. Their wedding was featured in the New York Times with a wonderful story about how they met (since I am a graduate of the Landmark Forum, I especially appreciated it). Their relationship has also been featured in Essence magazine.

The couple is now working with Freedom To Marry to legalize same-sex marriage across the country. While they live in New York, where their marriage is recognized by the state, the Federal government does not recognize it.

Freedom To Marry made this great

Gail and Audrey: An Unexpected Love Story (via FreedomToMarry) 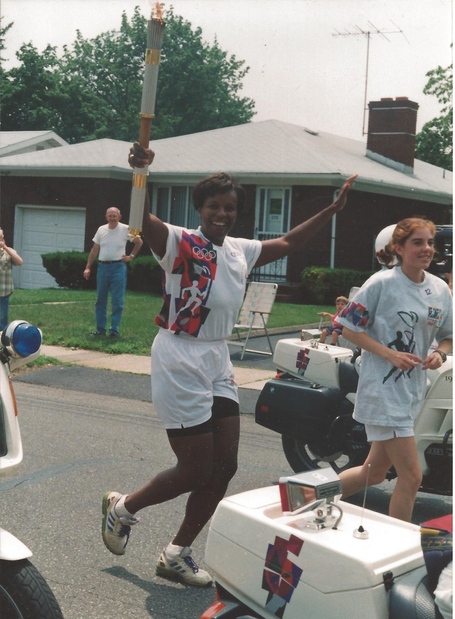