The NBC commentator had a ball calling the men's long skate. Take our poll and pick your favorite costume.

Even when he is not skating, Johnny Weir is hard to ignore. The NBC figure skating analyst is openly gay and his outfits this week have gotten as much attention as the skating. Weir was decked out in a silver-sequined jacket with a gold necklace (see below) for the men's long skate program on Friday.

"I really brought it for the men's competition," Weir said. "Yuzuru Hanyu is wearing a costume I designed. And he won. Pretty cool."

On a night where skaters were falling and slipping left and right, Hanyu survived to win the gold medal. He is first Japanese man to win the gold and the second-youngest at 19. When I watched him skate, I thought his costume was Weir-esque. Patrick Chan of Canada took the silver and Denis Ten of Kazakhstan won the bronze. American Jason Brown had a great shot at a medal but had a flawed skate and finished ninth. I still love his smile.

For the record, there are no openly gay male skaters in Sochi. Not Jason Brown, not Jeremy Abbott, not Yuzuru Hanyu nor Patrick Chan. One can make any assumptions about any skater but I have no knowledge and if there are gay skaters, they will come out when and if they desire. To read more about the pressures gay skaters face, including Weir, read Lorrie Kim's excellent analysis.

Weir is an amazing TV analyst, as is his partner Tara Lipinski. He used "bloody" and "smelling blood" to describe some skaters's performances and said that Chan "turned green" (as in ready to puke) halfway through his long program. Neither of them pull any punches, yet they are not mean and put everything in context. Weir is a hundred times better than Scott Hamilton, who is the analyst on NBC prime time.

Take a look at some of the costumes worn in the long program and take our poll (click any image for a larger view): 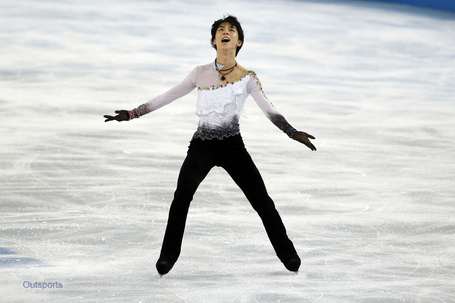 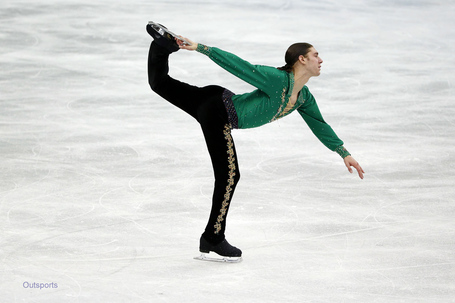 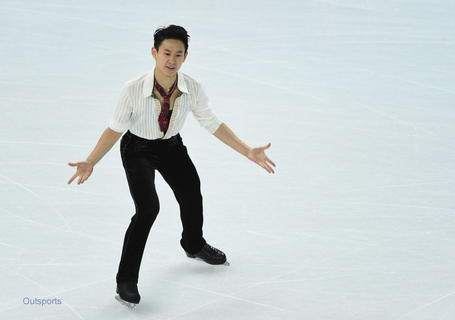 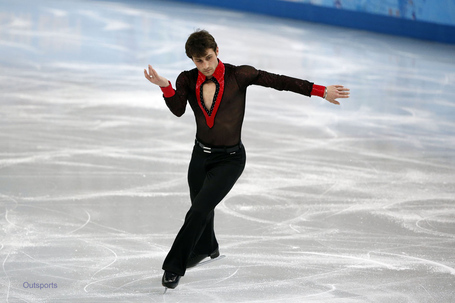 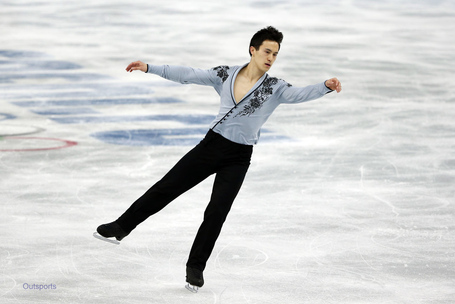 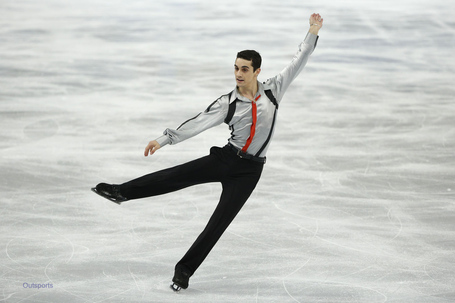 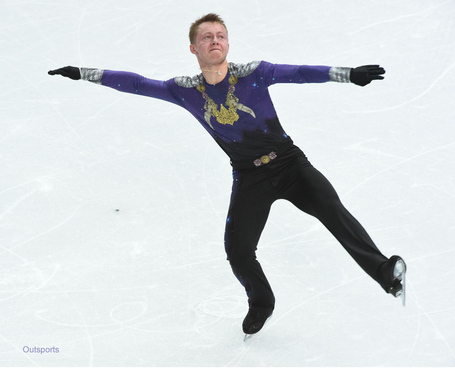 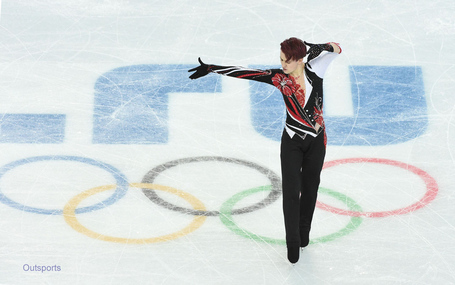 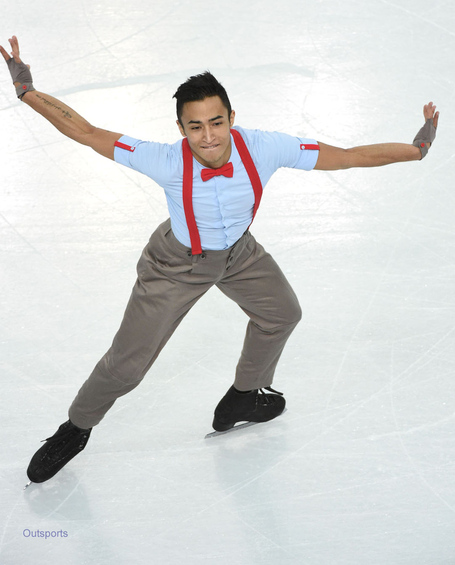 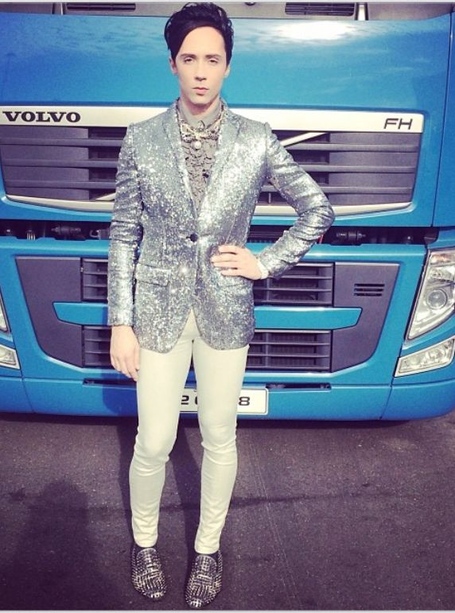