Donovan has been supportive of Galaxy teammate Rogers from day one, so this is no surprise - but very great to see!

In the locker room of the Los Angeles Galaxy, team leader Landon Donovan scribbled a message about a "mandatory night out" for the team after their game this Saturday. Donovan made it explicitly inclusive of gay teammate Robbie Rogers, whose boyfriend is TV producer Greg Berlanti. 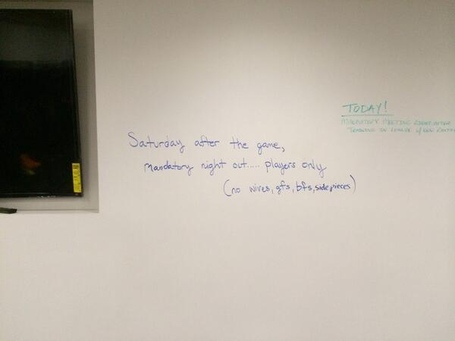 Rogers tweeted out a message of thanks:

This is how locker rooms change when LGBT people come out in them.

The next question: Where are they all going Saturday night?