'2 of us are gay ...' Wonderful message of diversity from University of Virginia swimmers

Share All sharing options for: '2 of us are gay ...' Wonderful message of diversity from University of Virginia swimmers

What is diversity? Students at the University of Virginia wanted to show that it is more than a buzzword and to make the campus more inclusive. Along those lines, three students created an awesome Tumblr, "We Are All UVa," where students took photos holding placards talking about their experiences, good or bad.

Parker Camp, a varsity swimmer who told his coming out story on Outsports last month, saw the Tumblr and got inspired. He got four teammates to come up with this terrific photo. 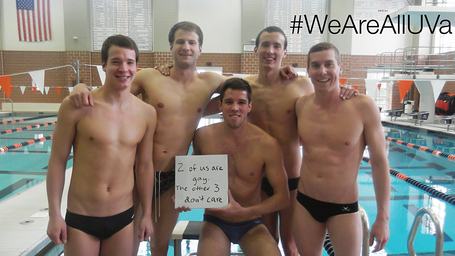 The other gay swimmer is open and comfortable on the team but did not want publicity, so we are not identifying him. Nor are we going to tell you who is gay or straight, since not caring is the whole point of what the athletes did with the photo. One participating swimmer said this to Outsports:

For swimmer, coming out to mom hardest part

For swimmer, coming out to mom hardest part

"Taking the photo with them was the least I could do to prove to them that our friendships are unaffected by their coming out.  But I'm pretty sure the only reason Parker asked to hold the sign was to hide how fat he's become since our season ended!"

"We Are All UVa," modeled after a similar project at Harvard, is really wonderful and worth your time. As one of the creators told the campus newspaper: "Diversity includes the differences we can't see. It's more than race and ethnicity. ... Diversity is meant to be [an] inclusive concept; the point of challenging it is that it can be a very polarizing conversation."

Here are a few other photos I found compelling: 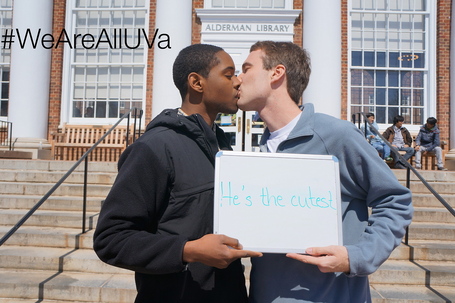 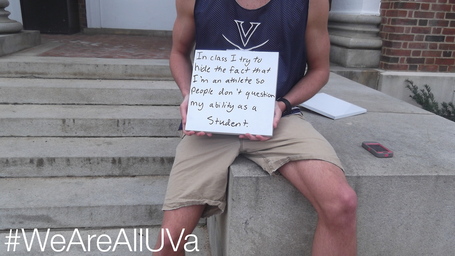 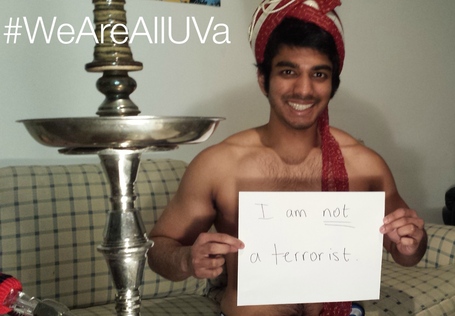 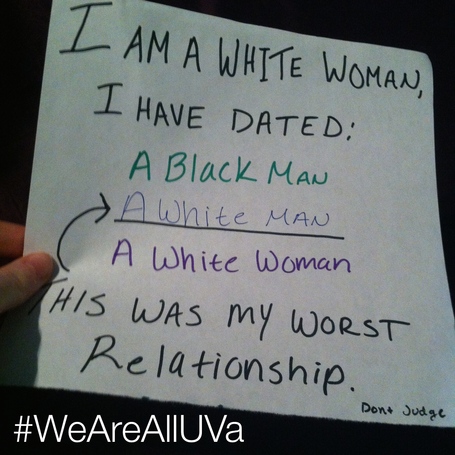 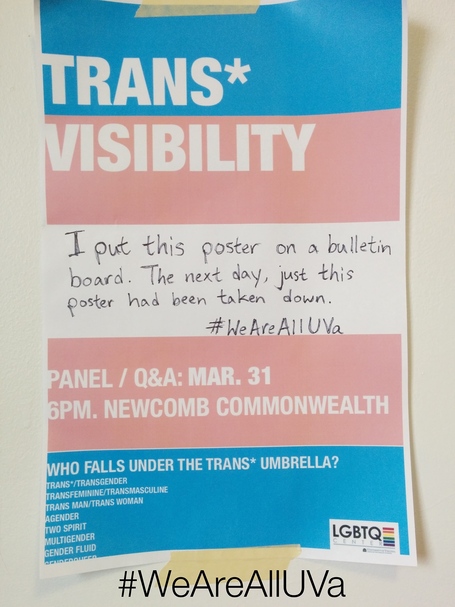 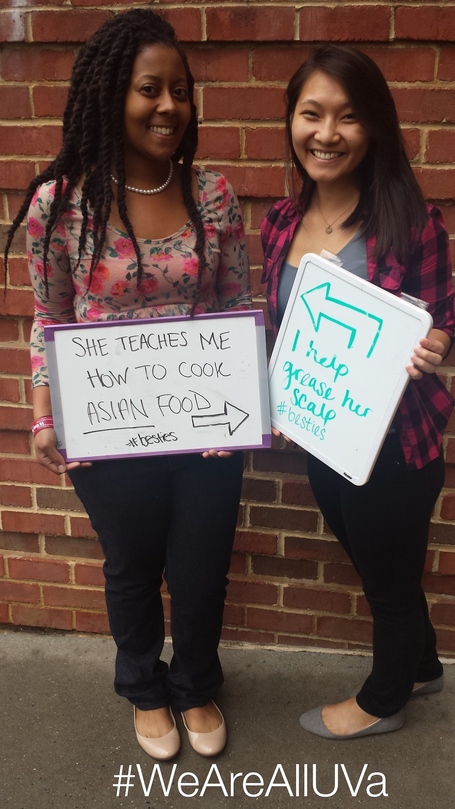