I am Charline Labonte, Olympic hockey player and proudly gay.

Share All sharing options for: I am Charline Labonte, Olympic hockey player and proudly gay.

Charline Labonte today comes out publicly, sharing her story with Outsports and Lez Spread The Word. You can read her story in French here.

It was finally the big day. I had again managed to achieve one of my biggest goals in life: Participating in the opening ceremony of the Olympic Games in Sochi 2014. The facilities were built to perfection and ready to welcome thousands of Olympians - and the eyes of the world.

There are no words to describe the emotions that are felt when walking into the Olympic Stadium for the opening ceremony. I had the chance to participate in the opening ceremony four times, and each remains very different and memorable for its own reasons. However, the ceremony of the Sochi Games will probably remain my favorite. I knew that these games would be my last and I wanted to make the most of my final hurrah.

Canadian speed skater Anastasia Bucsis has become the second Winter Olympics hopeful to come out publicly as gay in response to the passing of anti-gay laws in Russia.

She is the first LGBT Winter athlete to come out publicly in the run-up to Sochi.

Plus, not only did I enter the stage accompanied by a red wave of talented Canadians Olympians and my best friend on the hockey team, but I was also able to have the person I love by my side - speed skater Anastasia Buscis - who was experiencing her second Winter Olympics.

It's with a lot of pride that I represented my country. After four years of full-time training it is awe-inspiring to live through these experiences with people who are dearest to me, who supported me and helped me to get there. Russia did a remarkable job, and the opening ceremonies were as powerful as the rest of the Games.

Of course, the new Russian laws, including the anti-gay "propaganda" laws, created a malaise that was felt by most people around me, gay or straight. Were we afraid? Of course! Were we in danger? No idea. We never had the intention to protest or talk about being gay. We were in Sochi for a single reason and that was to compete at the highest level of our capacities . We worked too hard to let any outside distractions separate us from our ultimate dream.

However, the idea of not being completely free during the Games left me with a bitter taste. For me, the Olympics are one of the only events where the whole world comes together, leaving aside all our differences. Instead, it is an event where everyone's differences are celebrated, admired and, above all, respected. Fortunately, everything went perfectly and all athletes were able to focus on their workouts and performances. 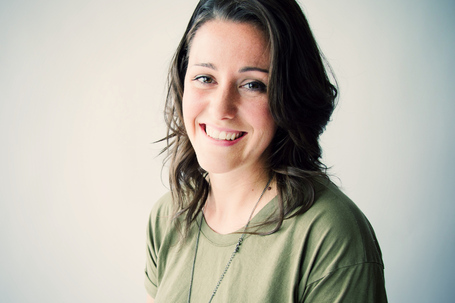 Fur us athletes, those Olympic performances are much more than results you see on TV. You see the final results. We e remember all the years of training and hard work that enabled us to go to the Games. For our part, the Olympic training involves an eight-month gathering in Calgary. We leave our families, friends, studies and travel sometimes across the country to focus exclusively on becoming better athletes and a better team. Our passion is our part-time work . Just like you, we work from 9 to 5 and do overtime almost every day.

We train six days a week with hours of weightlifting, yoga and on-ice practice. Of course, there is also the traveling and several hockey games in addition to this schedule every week. Many sacrifices, you say? To me, these are choices. I have never sacrificed. I would sacrifice anything to have a chance to represent my country at the Olympics. I made the choice to give me the best possible chance.

I must admit , there have been some very difficult times when I wondered if this was really worth it . However, these questions were fleeting as there was always a teammate to support me during these darkest moments. That support is what makes our Canadian hockey team beautiful. At first, we were 27 women all aspiring to the same dream. Unfortunately, we lost six of our teammates during cuts in the months before the Olympics. We had a lot of tough times, including serious injuries to our best players , including Marie-Philip Poulin who ultimately scored the winning goal in overtime against the Americans.

In addition, we suffered losses to our ultimate rival, the United States, and we were assigned a new head coach just two months before the Games. To be completely honest, it felt like things were falling apart. One thing was certain: We had 21 women who were ready to do everything to achieve our common goal. We 're not necessarily all best friends, yet we endure together and respect one another implicitly.

It's why I could always be myself with my team. I am fortunate to have been a part of the Canadian women's national hockey team for 12 years, and I never felt I couldn't be free. Just like everywhere else our team had gays and straights, just like we had brunettes and redheads. Everyone on my team has known I'm gay since I can remember and I never felt degraded for it. On the contrary, my sport and my team are the two environments where I feel most comfortable. The subject of homosexuality was never taboo with us. We talk and laugh about it like everything else. I feel privileged to live and be myself in an environment like this because I know that just a few years ago this topic was never a part of the conversations in the locker room.

This year, I was a medalist twice. I won my fourth Olympic gold medal - and I met the person of my dreams. My best friend on the team, Caroline Ouellette, is a proud ambassador for Right to Play, just like Anastasia. During one of our rare free evenings , we organized a dinner and invited Anastasia, who is also from Calgary, to join us . The spark between us was instant and undeniable. It's not always easy to find someone who can endure the life an athlete has to endure. Sometimes it is difficult to explain to non-athletes some critical facets of our lives. I realize that often only other Olympic athletes can understand us. 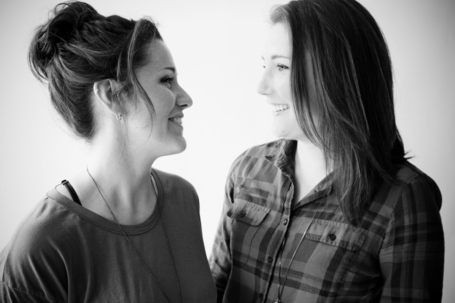 When I met her I had been single for almost a year. The last thing I wanted was to be in a relationship. I saw only the gold medal at the end of the line and absolutely did not want to let anything distract me. However, Anastasia took me completely by surprise and I could not pass up a wonderful person like her. We did the same things, had the same goals, similar schedules and similar stress.

In late December , after a very difficult year, she also earned a ticket to Sochi. It was amazing to live this Olympic experience together. Unfortunately I could not attend the day of her competition because we had workouts at the same time. However, she was able to attend three of my games, including the final.

Following this amazing gold-medal game, we celebrated with our families and friends. Anastasia was nowhere to be found. It was almost 1am, so I figured she was just too tired to celebrate. Minutes later she returned with a big bag.

"You and your team must be so hungry," she said.

In the bag were 50 cheeseburgers and 50 packets of Chicken McNuggets. She had ridden her bike to the McDonald's in the Olympic Village! Our team played a fantastic game that night, but right then and there, Anastasia was our MVP.

We celebrated until the next morning. We had done the unthinkable in that gold-medal game. I have always had great respect for the Americans. They are a group of girls with a lot of talent, and they had a lot of success against us in the months before Sochi. Who honestly thought that we still had a chance of winning when the Americans led 2-0 with five minutes left in the game? Nobody, apart from the 21 girls who wore a maple leaf on their jerseys that night. We had so many difficult times but had always been able to get by. We had to do it once more, and we did it.

I sincerely believe that all these dark steps are why we never stopped believing in ourselves and why we were able to come back and win that game . Our coach, Kevin Dineen, trusted us and, in doing so, gave us confidence. Probably 99 out of 100 times, a team facing a 2-0 deficit late in the third will not win the game. That night, we were the exception to the rule.

Today, I remember this year with powerful emotions. I am so proud of my friends, my teammates, the staff and the team.

I am also finally proud of who I am and proud to have the courage to share who I am with you. I'm a four-time Olympian. I am the daughter of wonderful parents and the sister of a very special brother. I am friends with people who fascinate me, support me and without whom I could not live out my dreams. I am a student and I get my masters from McGill University this fall.

I am gay and proudly authentic. 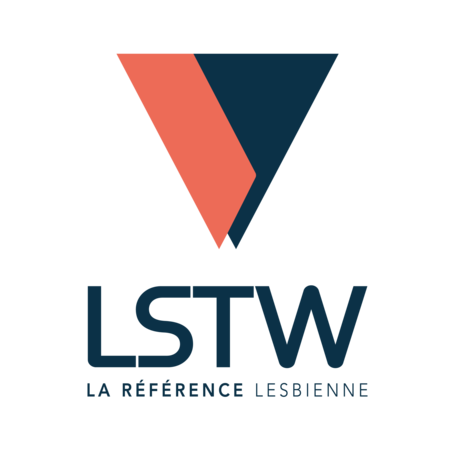