Mark McAdam, British sportscaster, comes out as gay and immediately gets naked

Mark McAdam, a sportscaster for Sky Sports, has come out as gay. He also took off all of his clothes, which we're not mad at.

Share All sharing options for: Mark McAdam, British sportscaster, comes out as gay and immediately gets naked

After the story ran last week McAdam posted this on Twitter - he hasn't tweeted about being gay since:

Already received so many unbelievable msgs, I just wanted to be true to myself. PS: I kept the inflatable lady I got on deadline day ;)

Good to know there's a sense of humor there.

"I’m tired of putting on the charade of being straight," the writer says, inspired by Jason Collins' coming out.

Having been a Sky Sports correspondent for seven years, McAdam said: "I don't know of any other gay sports reporters. There's nothing to compare this to.

"I battled with my sexuality for years and years", he said, discussing being heavily bullied at school, including being physically harmed.

"Only gay people will ever understand the trauma you go through about accepting your sexuality."

That last piece is so true, and why the most important part of the LGBT sports movement is the LGBT people themselves coming out. Congratulations to McAdam for taking the brave step and for opening the door for more sports reporters to be their authentic selves.

And for those of you who want to see more of McAdam's authentic self (from GayTimes, via Twitter)... 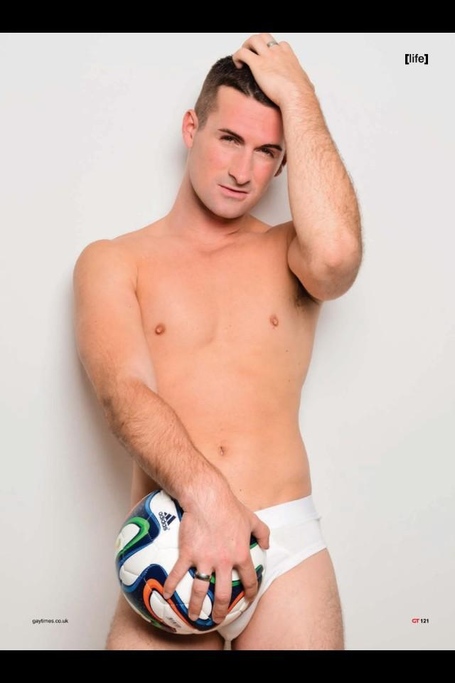