What happened when a gay coach in Iowa came out to his homophobic friends?

Evan Risk is a jr. high school track & cross-country coach in rural Iowa. When his friend talked about killing the queers at an Iowa basketball game, he knew he had to come out to him.

Share All sharing options for: What happened when a gay coach in Iowa came out to his homophobic friends?

A 16-year-old Iowa high school football player is in a coma after brain surgery. Last week his teammates unleashed a series of attacks to Kacey Strough's head with a football.

All of us have key turning points in our lives, moments where we can look back and say that, because of this or that moment, we were able to move forward in some way in my life.

For me that moment was at an Iowa Hawkeyes basketball game.  I was there with my friend of many years. We had run cross-country together in high school, ran occasionally after high school, and went to many Iowa basketball and football games.

After a Hawkeye win at a basketball game the band always plays the same song: "In heaven there is no beer that's why we drink it here, and when we're gone from here our friends will be drinking all the beer." They play it two or three times.

After this particular win last December my friend told me about this "great" idea he had for new lyrics to the song.

"Dude, my roommate and I came up with this: ‘In heaven there are no queers, that's why we kill them here, and when we're gone from here our friends will be killing all the queers.'"

I had no idea what to do. I was already in a slow process of coming out to my friends and family.  So far I had only come out to people I knew wouldn't care if I were gay.  Yet even coming out to supportive people had been a big struggle.  Being openly gay was something I was still very much getting used to, especially being a sports fan, three-sport high school athlete, dedicated Cubs and Hawkeyes fan, and eventually baseball umpire and cross-country & track coach.

This friend from the basketball game had come from a conservative background in a small Iowa town and has more conservative views than I. I thought about what I should do for the next few days. Then we went to another basketball game and he said to me during the game "yeah in my town people say we never had any gay people but that's not true, we killed them all before they were eight."

After the victory that night, he sang the killing queers song.  Just as before, I had no idea what to do. I didn't say or do anything at the time. 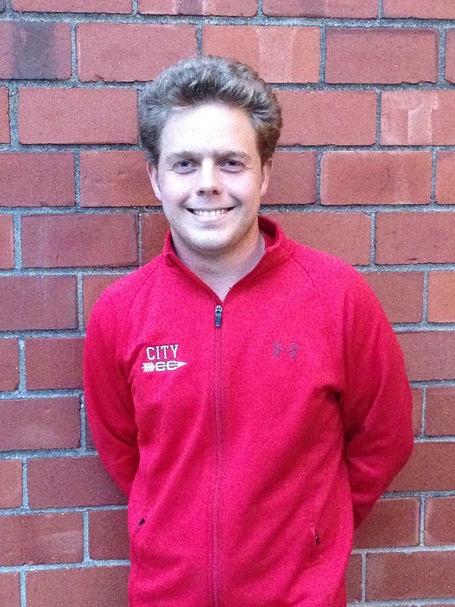 I was increasingly furious. I had to come out to him.  This would be totally different. Unlike other people I had come out to, I had no idea what his reaction would be.  I didn't know if he would reject me, accept me as a friend while not believing in homosexuality, or totally accept me. Regardless of the outcome I knew I had to come out to him; I didn't want to hear the homophobic comments anymore.

When I called him to share my true self, I waited for a couple of rings...then hung up.

He called me back quickly. When I answered I told him there was something I needed to tell him. I paused for a few seconds - Do I take the leap or back away from the cliff?

His response shocked me.

"I'm really glad you told me," he said. "And I'm sorry about what I said earlier.  I'm really glad I know that about you. We're definitely still friends."

He kept saying things like that, talking really fast, and I knew he felt bad about what he had said. Despite telling me he wanted to kill all of the gays, suddenly knowing I was gay changed everything for him. Me being gay hasn't made a lick of difference between us since.

It was then I knew things were going to be okay.  I was in my third year of coaching I had worried about what parents of the kids I coach, fellow coaches, and other people would think if I was fully out.  After talking with him on the phone I was convinced that if people got to know me as a person, even the most homophobic people would be accepting.

After I came out to him in December we remained friends and on the last game of the season his roommate came with us the final game in March.  He was talking about something the other team was doing and said "That's so FUCKING GAY."

I put my head down, not sure exactly what to say. My other friend quickly chimed in.

That is the power of coming out.

You can contact Evan Risk via email at riskie34@gmail.com. He is also on Facebook at Evan.Risk. If you're someone in sports struggling with their sexual orientation, he'd love to hear from you.