Erik Braverman has been out in his private life for years, but has kept his sexual orientation from many in baseball. With MLB's very public embrace of the LGBT community, Braverman wants youth to know they can be out in pro sports.

Watching the game from the owner's box at the Los Angeles Dodgers' LGBT Pride Night last June was a transformative moment for team executive Erik Braverman.

As the Dodgers' vice-president of marketing and broadcasting it had been Braverman, with the encouragement of his boss, longtime Los Angeles sports stalwart Lon Rosen, who helped launch the LGBT event several years ago.

This year the duo decided to amp up the event in a big way. They didn't want to just sell tickets, they aimed to shake things up in baseball, host an LGBT event that would get people talking not just about the Dodgers but about the community in general. Billy Bean, the openly gay former Dodger, had been a part of the old-timers game earlier this year and that couldn't have gone better. The team was ready to wrap Dodger Stadium in rainbows, and that's exactly what they did.

Braverman stood in the owner's box that night midway through the ballgame and took in the atmosphere that just years ago he thought literally impossible. E.J. Johnson, the out son of Dodgers co-owner Magic Johnson, was there in all his glory. Openly gay country music star Ty Herndon, who had flown in to sing the Star-Spangled Banner before the game, was trading stories with singer and TV personality Lance Bass and his husband.

"If they see somebody like Erik out there who is able to do this publicly, if it helps them it helps the world. It makes the world a better place." -Lon Rosen

Across the stadium were another thousand or more LGBT fans sipping a special pride-inspired cocktail, wearing rainbow hats the Dodgers had brought in for the game, as rainbow flags flashed on the screens along the infield and outfield. It was the gayest Dodger Stadium had been since Elton John performed there in 1975.

All of it was Braverman's doing.

Watching his Dodgers celebrate the LGBT community, standing in the owner's box, something finally clicked for him. 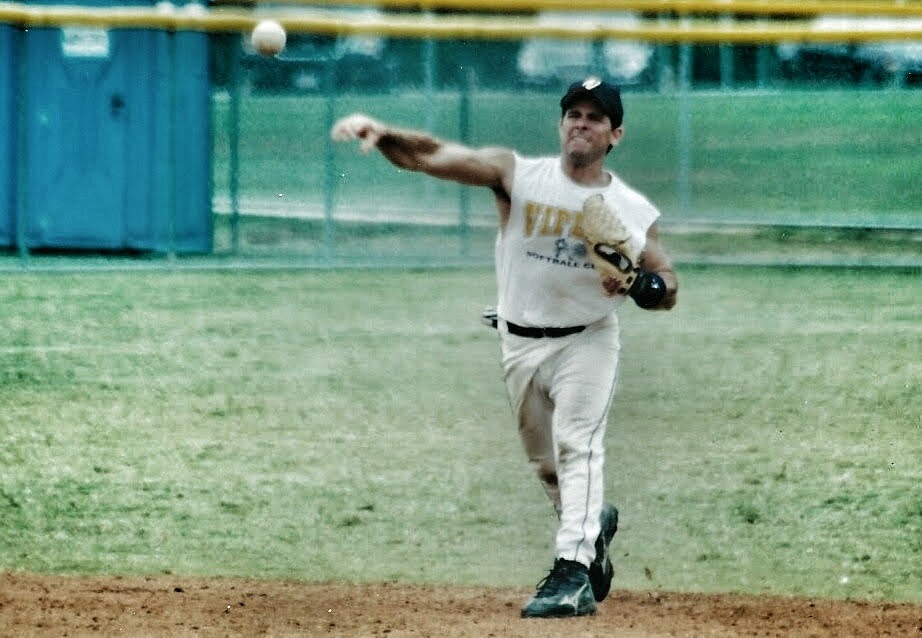 To be sure, Braverman was already out to much of the LGBT community. He is well-known in the local and national gay softball leagues. His life is full of gay friends, and his weekends often find him straying into the gay bars along Robertson and Santa Monica Blvds. in Los Angeles.

His home in West Hollywood has become a gathering place for a huge circle of his gay friends, many of them with keys of their own. There are few nights Braverman comes home even during the season and someone isn't watching a movie with a glass of wine in his living room.

Yet inside baseball - even within Dodger Stadium - Braverman held back his private life, his truth, his identity.

"I didn't want anyone to, in any way, not view me for the quality of my work," Braverman told Outsports. "I don't want to be know as the gay executive who happens to run marketing and broadcasting for the Dodgers. I want my accomplishments and my job to be first and foremost and speak for themselves."

Since starting Outsports in 1999, I had from time to time asked Braverman if it was time yet to share his story. I had met him playing in the L.A. gay basketball league before Jim Buzinski and I had started Outsports, and long before Braverman was working in Major League Baseball. As he ascended the ranks at ESPN Radio and then the Dodgers, I kept on him, a gnat that buzzed in his ear once every couple of years.

Watch the moment on video.

Major League Baseball is targeting LGBT students and young professionals for careers with team front offices. Two current gay MLB executives talk publicly for the first time about the support from their teams, the Nationals and Orioles.

A few weeks ago I sent him an email titled, "Is it time?"

It was only minutes before he replied: "I think the time is right."

There are lots of reasons people in sports come out publicly. Braverman isn't remotely doing this for himself, content with living his lifelong dream in baseball even if it's meant some people may ask the occasional question about a missing girlfriend.

For him this is the last step to burying his fears as a kid and helping other LGBT people interested in a career in baseball take the leap.

Growing up in Texas and realizing at a young age that he was gay, the idea of working in sports was an impossibility. He realized he was gay as a sophomore in high school. Even then he began to subtly push sports away. Like so many youth then and today, for Braverman sports and homophobia went hand-in-hand. The language, the machismo, the bravado - All of it sent a constant message that he didn't belong.

"When I discovered my own sexuality at an early age, it created a lot of conflict. I struggled with being a baseball player in Texas dealing with who I was. So baseball took a back seat when I was dealing with my own internal struggles."

He had found his way past some of his fear in gay sports leagues, merging his identity as a gay man with that of amateur - and highly successful - athlete. He won five straight gay world championships with the L.A. Stray Cats, then won three more with the L.A. Vipers. Having played high school and junior college baseball, Braverman was an asset at short stop to any team.

Yet walking the halls of ESPN Radio, and now the Los Angeles Dodgers, has always felt a bit different. Dodger Stadium isn't a softball diamond in West Hollywood, it's literally the Big League.

"I think that's part of why I struggled personally. I didn't have any role models or examples or anyone to look up to as a possibility."

"What kept me in the closet was the perception that Major League Baseball and pro sports in general aren't open-minded," Braverman said. "The feeling that, right or wrong, it's not an open and accepting environment. And I grew up in a time when to succeed, and not have your sexual orientation used against you, you lived a double life"

While this will be the first time some in the Dodgers organization have ever heard that Braverman is gay, he has over the last few years slipped quietly out of the closet in Chavez Ravine.

So far Braverman has found support in sports at every turn. Rosen, who was part of Magic's support team when he revealed his HIV status publicly, and who helped the family navigate the public coming-out party of E.J., has been Braverman's strongest advocate within the organization, using him as a consultant on all things LGBT.

Even with all the support, some element of concern still lingers in some of the recesses of Braverman's mind. Of particular curiosity is how some of the older Dodgers legends will feel about this new cornerstone of the team being gay. As vice-president of marketing and broadcasting, Braverman works closely with a number of them. Braverman is confident that the bonds of Dodger blue will overcome any possible issues.

"I don't think this in any way is going to change my relationship with any of the legends," he said.

Even with the lingering questions, Braverman is talking about being gay in MLB now so that every LGBT person who might wonder if they can be out and work in professional baseball never again has to ask themselves that question .

"I did not have that when I was growing up," he said. "I think that's part of why I struggled personally. I didn't have any role models or examples or anyone to look up to as a possibility." 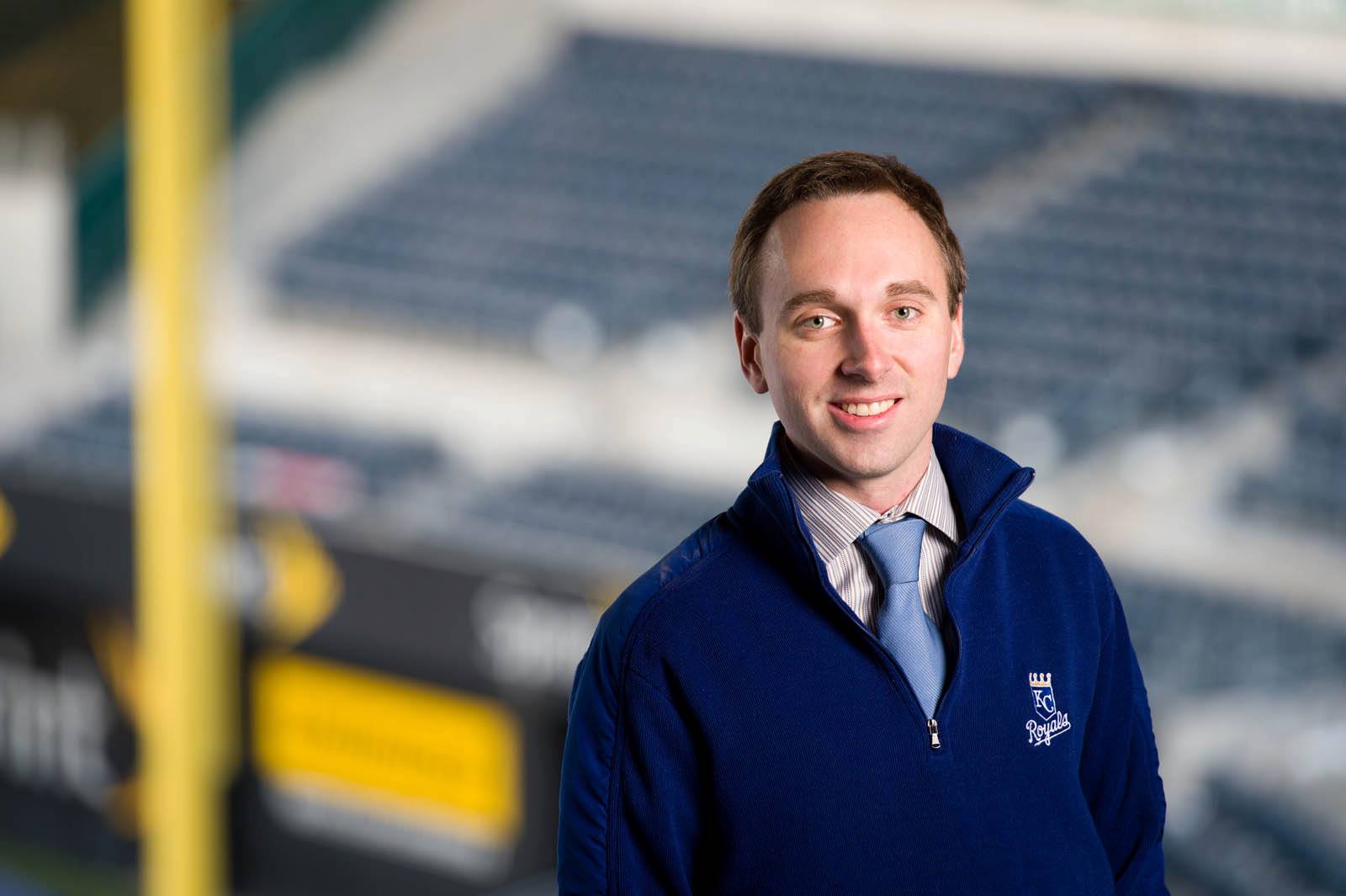 Braverman isn't alone in baseball. He is now the fifth person with a Major League Baseball team front office to come out publicly in the last few years. More are coming. This March the League will host its annual Diversity Business Summit in Phoenix, and MLB Inclusion Ambassador Billy Bean is proactively recruiting LGBT candidates to attend. Between the stories of out executives and the recruitment of new faces, along with the previous hiring of Bean and the coming-out this season of Minor Leaguer David Denson, MLB has become the model of inclusion for men's pro sports in North America.

All of that has helped make today possible for Braverman.

"The fact that I'm talking about it publicly today is remarkable. If there are kids in junior high and high school and college, or even if they are older, if they see me and realize it's a possibility, then that's a great reason to do this."

If you would like to attend Major League Baseball's Diversity Business Summit, and explore a career in baseball, in Phoenix this March, check out the event's Web site.