In an excerpt from her new book, Ginny Gilder remembers when she first started to explore her sexuality as an Olympic rower.

In this passage from "Course Correction: A Story of Rowing and Resilience in the Wake of Title IX" (on sale now from Beacon Press), Ginny Gilder recounts meeting her rowing partner, Ann Strayer, while at the 1981 Olympic development camp, where she began to fully explore her sexuality.

Ann Strayer's first letter to me was actually a postcard. It started with "Dear Jerk-face" and ended with "love." It got me going right away, smiling at the memory of the private jokes we had shared. That first note covered so much distance, inviting, inciting, and establishing our inevitable direction. So much for calming the waters. Her words churned me up, like those first strokes off the line: a couple of short, light ones to launch the boat out of its dead-in-the-water torpor. The oars dig into the swirling puddles left by the first stroke. The next few strokes grow progressively longer to propel the boat to maximum speed. Don't waste any time gearing up.

Not that this was a one-sided affair. There she was, nearly halfway across the world, a perfect excuse for a measured response, one which I devised accordingly: a dozen long-stemmed dark red roses sent overseas as a good luck gesture. Exactly the bouquet anyone would send a new friend. Good luck, my ass.

A starting race cadence typically exceeds forty strokes per minute — a kind of controlled hell breaking loose — until about a minute into the race, when the coxswain calls a settle to lower the stroke rate (number of strokes rowed per minute) to somewhere in the mid-thirties. By then all major muscle groups are starting to burn, lungs are heaving, and the body's oxygen debt is building rapidly. The level of initial exertion will prove impossible to maintain somewhere between two and two-and-a-half minutes into the race, depending on the rower's fitness. Once that anaerobic threshold is reached, the battle for superiority among crews is joined by the internal battle to keep pulling.

By mid-November, Strayer and I were ramping up to maximum intensity. In three months, we wrote and mailed over forty letters to each other, whose closings started with "see ya," progressed to "love," and blew through "I love you dearly" to "All My Love." We explored our feelings within the boundaries of stilted sentences and oblique references, acknowledged the indefinable yet precious quality of our friendship, and even admitted that our closest friends characterized our relationship as obsessive. Yet we would not go further. We couldn't confess our wild and mutual attraction on paper and couldn't admit the rawness of the desire that was clawing at both of us. 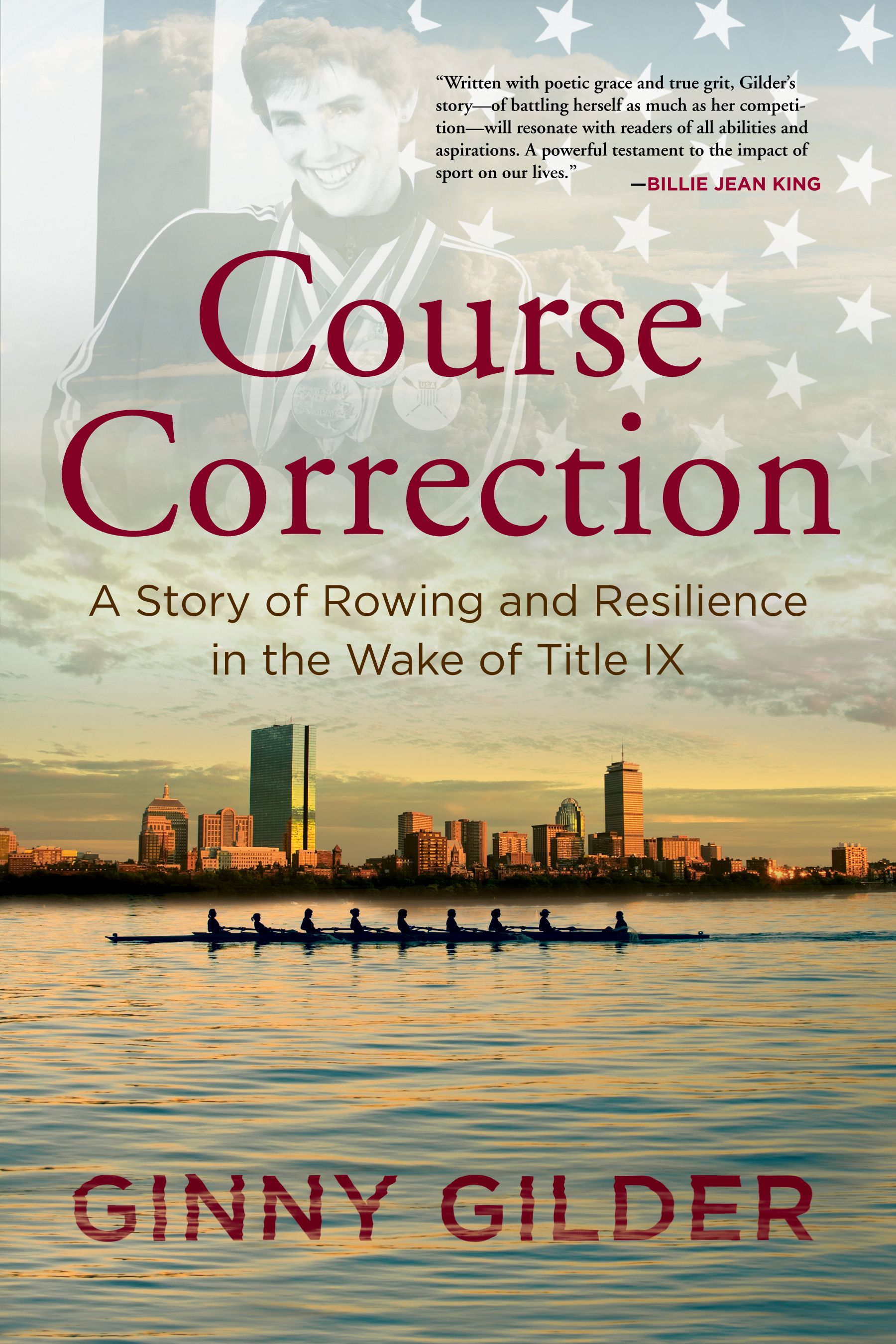 After such an intense beginning, there was no knowing where our relationship would settle. We saw each other in late October at the Head of the Charles regatta for the first time in nearly three months, but we were both busy with training and racing. Strayer rowed in the seven seat of Princeton's varsity eight in her last autumn as a college rower. As for me, my dedication to sculling paid its first significant dividend. During my first year of rowing in Cambridge, my memory had imprinted the contours of the Charles River in its stores as my muscle memory consolidated my hours of training into substantially improved sculling technique. In my first major single's race, starting eighteenth in the pack of forty elite women's scullers, all of whom proceeded to cross the starting line one by one and then raced to pass the competitors ahead of them, I rowed superbly. Maneuvering around more than half a dozen scullers, cutting every corner expertly, exiting from under the Anderson Bridge and skimming my blades inches above the Belmont Hill dock as I hugged the shore at the start of the course's last big turn, I nearly pulled off an upset. Despite rowing through the choppy wakes caused by my seventeen preceding competitors and rowing a slightly longer course, the result of passing frequently, I finished second. Only Judy Geer, who'd rowed to fifth place in the US women's double with her younger sister, Carlie, at the World Championships two months earlier beat my time. I beat not only my former Yale teammate, Anne Warner, but Anne Marden, another Ivy Leaguer, a recent Princeton graduate, who'd also just raced at the Worlds as the US single and finished eighth. In one showing, I catapulted myself into the ranks of US sculling contenders.

That was enough excitement for the moment, which was extremely gratifying, but the following weekend brought a completely different wave of challenge and opportunity. Strayer and I met in New Haven to row the double together, far from the hullabaloo of a crowded racecourse. We rowed out of the Yale boathouse in Derby on borrowed equipment, courtesy of Chris Ernst, who was still coaching the novice women.

On that quiet river, as we worked on drills and did some longer pieces together, I came face-to-face with the facts of my physical longing. Every time I slid into the stern for the next catch, I was tempted to drop my blades and grab the woman who sat mere inches in front of me. Every time I released my blades from the water before starting my recovery, I had to quell my impulse to let them go completely and pull her into my lap instead.

We rowed up to the top of the navigable stretch of the Housatonic River, four-and-a-half miles from the boathouse, where the shores veered close together and the water grew shallow, with rocks poking up in the middle of the river. I concentrated on our motion, listening for the sounds of synchronicity, and ignored my inner voices pleading for a different kind of unity.

We stopped and sat quietly for a moment before turning the boat downriver. Strayer turned around and put her hand on my lower leg, just above the ankle. She was saying something, I heard her voice, but the feel of her hand on my skin disabled my hearing. I was melting, turning to liquid inside, wishing I could return the touch, stroke her hand, or take it in mine, pull her toward me, something, anything. I closed my eyes for a long moment, drinking in the feel of longing as my wishing thrummed its message throughout my body.

"I love it when you touch me like that," was all I could say as we sat there together in our private craft. And still, we did nothing but row back to the boathouse.

Ginny Gilder is an Olympic silver medalist in rowing, the founder and CEO of an investment business, and co-owner of the Seattle Storm. The mother of three children and stepmother of two, Gilder lives with her wife, Lynn, and their two poodles in Seattle, Washington.

Excerpted from "Course Correction: A Story of Rowing and Resilience in the Wake of Title IX" by Ginny Gilder (Beacon Press, 2015). Reprinted with permission from Beacon Press (buy it here).