Out college lacrosse goalie got tattoo for marriage equality

When Taylor Tvedt came out in high school, parents tried to force her to use a separate locker room from their daughters. Now she is hoping to improve the LGBT-athlete outreach at Lehigh Univ.

Share All sharing options for: Out college lacrosse goalie got tattoo for marriage equality

Taylor Tvedt is so out and proud, she wanted to make her out and proudness permanently part of her body. So the Lehigh Univ. lacrosse goalie got a tattoo of an equal sign on her finger to symbolize marriage equality.

In a powerful profile by the Lehigh paper The Brown And White, Tvedt talked about how her busy schedule has kept her from being much of an LGBT advocate beyond her visibility. That will change, and she hopes to improve on the current LGBT-athlete advocacy group on campus. Like we've heard from other LGBT athletes, the group, which focuses in name and reality on "allies," isn't quite as effective as it could be.

Although she is an advocate for gay rights, Tvedt has not been able to become heavily involved in LGBT clubs and events on campus because of her busy lacrosse schedule. She will, however, be interning with Chelsea Fullerton, the director of the Pride Center for Sexual Orientation and Gender Diversity, this summer.

She said although they have not officially established what her role will be, she wants to help rebuild some of Lehigh's LGBT and ally community in the athletics department. Tvedt believes the current program, Athlete Allies, hasn't been as effective as it could be, and she's thinking of ways to change it.

"I think the LGBT population here at Lehigh is a little bit miniscule," Tvedt said. "So, I hope that if other LGBT athletes or athletes in general were to see this they'd perhaps feel more comfortable about being who they are on our campus because it's sometimes stigmatized as something that needs to be hushed here."

The Brown And White piece talks at length about her personality and character, which her teammates clearly adore. That has helped make her a central part of the team.

When Tvedt came out to her high school teammates on the lacrosse and ice hockey teams, her teammates were supportive, but some of their parents were a different story. From The Brown And White:

Outsports invites LGBT athletes, coaches and other people in sports to join us for a gathering to meet one another and share stories & ideas during Chicago Pride, June 23-26.

Some parents didn't want a lesbian changing in the same locker room as their daughters.

"Everyone comes from different backgrounds, and I can't necessarily hold it against them for the ideals that they've grown up with," Tvedt said. "So even when it's so frustrating when you butt heads with someone so much, I guess I just take things a little bit more lightly and try not to be as sensitive."

So often if somebody is screwing it up for everyone, it's the parents.

As for her college teammates and coaches, Tvedt told Outsports they've been fantastic.

"My teammates have been awesome. I haven't had any issues with them since coming to Lehigh and they have been supportive all three years here so far. I was really flattered by some of the things they said in the story and I think it's good that they too are starting to step up not only as allies but also advocating for me and the LGBT community in general. 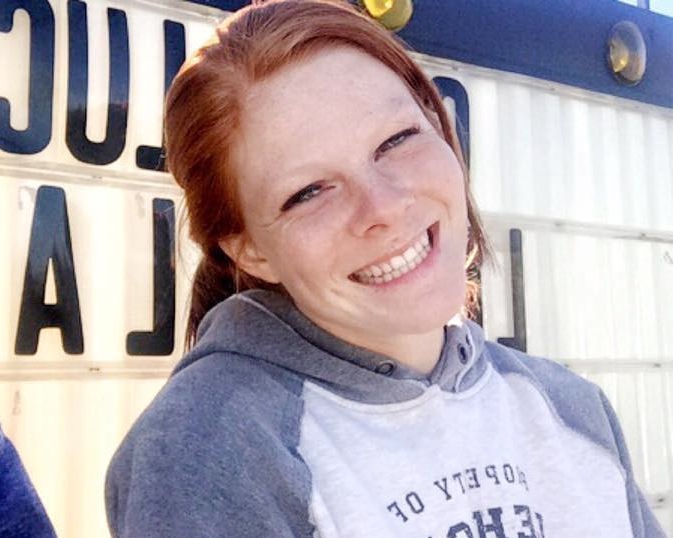 "My coaches have been extremely supportive since my time here as well. I think I have taught them and my teammates a lot, and they have had to adapt a little bit to be able to understand me in order to support me, but they have really done a great job and I give them all the credit in the world for creating a cohesive and excepting culture in our program!"

The Mountain Hawks women's lacrosse team finished the season 13-5 and in the top 40 of the national RPI. They lost to Loyola in the semifinals of the Patriot League tournament.

Check out the video below of Tvedt talking about coming out to her high school and college teammates and what it means to have a strong support structure from her teams.