When I saw the U.S. Olympians enter the stadium at the Opening Ceremony with their funky hats on, I had to wonder: Who thought that was a great idea, and where did their inspiration come from? None other that the "elegant, refined and appropriate" Ralph Lauren/Polo Company.

"It's not just a funky hat or shirt," David Lauren, Son-of-Ralph, said.

"Designers kept in mind swimmers and basketball players and everyone in between," Lauren said. "It's their heroics, spirit, energy and commitment that inspired us."

David Lauren - Looking up for inspiration.

"There was a fantastic list of scenarios," Lauren said with a laugh. "There were men who are taller than the Statue of Liberty." 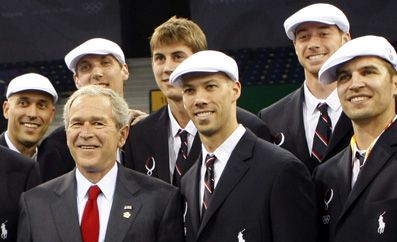 The President doesn't seem nearly as comfortable with anyone taller in his scenario.

No doubt taking the measurements of dripping wet swimmers ... or sweaty basketball players IS quite inspirational, but now I think I've found the key to Polo's "inspiration":

The latest in All-American adult entertainment: Up Country! 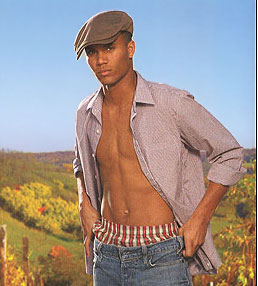 But they don't need much of the rest of the costume: 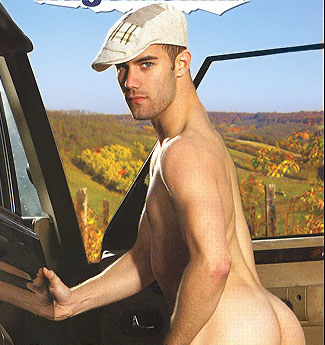