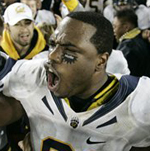 Did New England Patriots coach Bill Belichick start a trend with questionable decisions to go for it on fourth down instead of punt? Not in the NFL, but maybe in college football if two calls from Saturday are an indication. And like Belichick's call, these two also flopped and helped their teams lose.

First up came Stanford, playing in the Big Game against Cal. The Cardinal trailed, 31-28, and faced fourth-and-8 at its own 23 with about 3:50 to play, but with all three timeouts. Punt, right? Nope.

Stanford coach Jim Harbaugh inexplicably went for it, the play failed and Cal went on to kick a field goal for a 34-28 lead. At game's end, Stanford needed to play for a touchdown instead of a tying field goal and the result was a game-ending interception in the red zone. Dumb.

The worst go-for-it call, though, came in the Harvard-Yale game. Yale led, 10-7, with 2:30 to play and faced 4th-and-22 from its own 25. A punt was obvious and the Bulldogs went into punt formation. But Coach Tom Williams ordered a fake punt. The fake gained 15 yards, but still left Yale (7-3) well short. Predictably, Harvard (4-6) took advantage of the gift and won the game on a last-second touchdown to pull the upset. Dumber.

Belichick is the savviest coach in the NFL, while Stanford and Yale are two of our finest institutions of higher learning. But even smart people sometimes do dumb things as we saw the past two weeks.