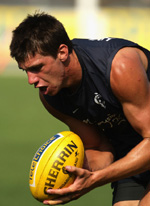 He was the first pick in the 2007 Australian Rules Football League draft, but Matthew Kreuzer has stayed off the gay radar screens until now. The 6-foot-6, 205-pound ruck and forward plays for Carlton Football Club; Last year he was an AFL Rising Star nominee.

If you're into tall and toned, look no further than after the jump . . . 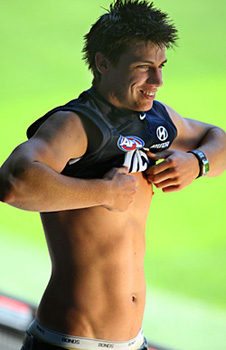 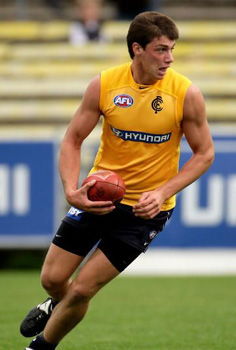