A lesbian coach, her firing and sheep feces

Share All sharing options for: A lesbian coach, her firing and sheep feces 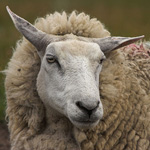 A Maine jury will have to decide whether a high school softball coach was fired because she is a lesbian or because she made her team walk through sheep feces as part of a hazing ritual. A Maine court said this week that a jury would have to decide why Kelly Jo Cookson was not rehired in 2006. As the Bangor Daily News details:

The school district has said that Cookson's contract was not renewed after she allegedly forced the girls on her team to walk barefoot through sheep feces at a team picnic in 2005. A teacher on Indian Island, Cookson, 47, of Clifton had coached in Brewer since 1993.

Cookson claimed in her lawsuit, filed in October 2006, that the district's claim that her contract was not renewed for so-called hazing incidents was a pretext for the real reason she was fired - her sexual orientation.

The district said the sheep feces hazing (how weird is that?) went on for three years and was ample reason to dismiss Cookson. But her attorney said the district had reprimanded the coach and ignored other reports of hazing, but only fired her after learning she was a lesbian. Cookson filed the suit after Maine included sexual orientation under its Human Rights Act.

These kinds of stories are always murky since one never knows what role the sexual orientation played in the decision. We ran a series of stories on Kyle Hawkins, a former Missouri lacrosse coach who was let go after he came out on Outsports. He claimed his sexual orientation played a key role in his dismissal, yet their was enough other evidence that suggested it had nothing to do with it and was only related to his coaching. I'll be interested to see what the Maine jury decides. Wonder if the sheep will be called as character witnesses.