Ath-tweets: Weir has the gayest tweets

Share All sharing options for: Ath-tweets: Weir has the gayest tweets 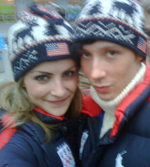 Snowboarder Scotty Lago shares that he was "sweating balls" in his team-issue sweater during the Opening Ceremonies. Cross-country skier Simi Hamilton declares his bib No. 69 is a sign of good luck. And dueling updates from Johnny Weir and Evan Lysacek seem to indicate that their rivalry extends to the realm of social networking.

Apolo Ohno, Lindsay Vonn, Shani Davis, Angela Ruggiero, and Gretchen Bleiler are among the Twitter regulars. Read on for an in-depth look at what the Olympians are doing in Vancouver when they're not trying to have the performance of their lives.

As for the Weir-Lysacek rivalry, both post regularly, never mentioning the other. Weir's tweets are somewhat more entertaining than Lysacek's. For example, Lysacek posted: "So glad I got to see my family today... We had a great Brunch at the Four Seasons. Very relaxing!" Meanwhile, Weir was thinking bigger: "Wish I could be at Fashion Week and Olympics simultaneously!"

Weir's roommate, ice dancer Tanith Belbin, had this to tweet Monday, along with a link to a picture of her and Weir mugging in wool hats: "Roomies:)Thanks to J, I feel pretty confident that we've got the best smelling room in the village!" 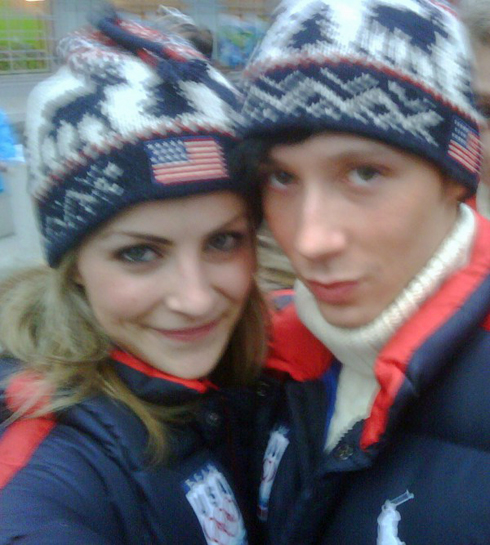 A critical mass of US Olympians has taken to their Twitter accounts on a regular basis to report on practice sessions, competitions, massages, medals ceremonies, media interviews, and cool perks offered in the athletes village. I'm following about 60 Olympians on Twitter during the Games and can report that figure skaters, snowboarders, and speed skaters are the most active tweeters. Apolo Ohno is most prolific, posting about 15 tweets per day.

While most tweets are predictably mundane, they provide a less formal and more human look than the perspective you'll get watching the packaged segments on NBC. Athletes commonly use Twitter to wish teammates good luck and congratulations; to share inspirational quotes or Bible verses; to post links to pictures, results, and start lists; and to report on the up-to-the-minute goings on of a day in the life of an Olympian.

Twitter is also another way to get event results, whether you want them or not. Earlier today, Apolo Ohno posted an apology after apparently annoying fans who had not yet seen the snowboarder cross final. "Seth wescott!!! GOLD! Awesome!!!" Ohno posted Monday afternoon. Forty minutes later he posted a follow-up: "my apologies for ‘spoiling' certain results....I keep forgetting most USA has east coast feeds...."

After three days of fierce competition, here are a few non-medal titles I'm awarding to our tweeting Olympians:

Gayest tweets go to none other than Johnny Weir: "I am so happy that @KathyGriffin remembered to wish me luck for the olympic winters games, Good people are hard to find."

Best tweets go to cross-country skier Simi Hamilton: "Opening ceremonies: Imagine diving naked into a swimming pool of awesomeness. And then winning the lottery. That's what it was like."

Most serious tweets come from Shani Davis: "I'm back in my laboratory studying and analyzing my race, preparing for tomorrow and days to come. Lots of homework to do..."

Most religious tweets are provided by long-track speed skater Chad Hendrick: "Truth be told I feel like I've won already with God as my friend and savior!"

Least athletic tweet comes from skifastfish (a.k.a. downhill skier Erik Fisher): "Free McDonalds at 1:30am last night after the Opening Ceremonies is the best way to start the Winter Games!"