Todd Herremans, an offensive lineman for the Philadelphia Eagles, has apologized for tweeting about the "barrage of homosexuality" on the HBO show "True Blood." After hearing from the Eagles management, he "deeply apologized." Here, courtesy of Where's Weems via Deadspin, are the tweets in question: 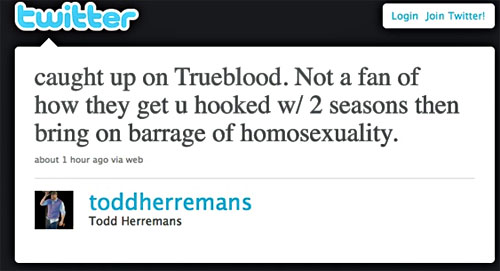 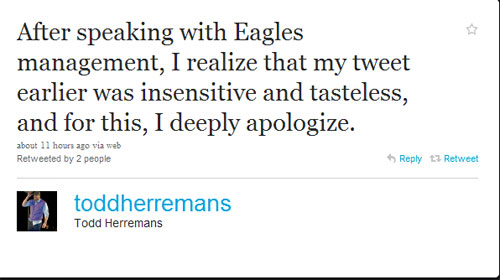 I liked this comment from Deadspin: "Not sure if he realizes it, but if you've watched two seasons of True Blood you're actually already gay."

Herremans' tweets aren't the most offensive thing I've seen, but it's good that he apologized and without reservations. It's another sign that jocks can't get away with public denigration of gays any more without being called on it.