Share All sharing options for: Olympic runner Nick Symmonds has a "forbidden" tattoo 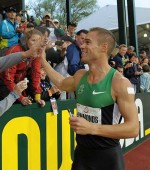 One of the more interesting and charismatic (and best-looking) Olympians is U.S. middle distance runner Nick Symmonds. If he's not having lunch with Paris Hilton, he's winning the 800 meters at the U.S. Olympic trials by sticking out his tongue at the finish line. He's cool while being hot.

And the New York Times reports he's also cleverly tweaking what he sees as absurdly strict rules on what can be marketed by track athletes. To that end, Symmonds got an ad agency to pay $11,100 for a temporary tattoo on his shoulder ... that he has to cover with white tape while competing to stay compliant with rules.

Hanson Dodge, which works for clients like Trek bikes and Wilson sporting goods, submitted the winning bid in an auction on eBay in January that was conducted by the runner Nick Symmonds. He was selling the right to affix a Twitter handle to his left shoulder, in the form of a temporary tattoo, that he would wear during the 2012 track and field season, including — if he qualified — the Summer Games in London. ...

“I’ve never had a problem speaking out about something that bothers me,” Mr. Symmonds said. “The biggest thing that rubs me the wrong way is that governing bodies want to control the space I feel I should control.”

Symmonds and Hanson Dodge have put together some web videos highlighting their partnership, but these will go dark during a period around the Olympics so as to not run afoul of International Olympic Committee rules. Symmonds is very business savvy and his white strip covering the tattoo only enhances what he's promoting by making it seem taboo.

If there was a medal for marketing in London, Symmonds would definitely be on that podium. As he told the Eugene (Ore.) Register Guard: “This country runs on advertising. To rob athletes of the right to sell our advertising space?”

Symmonds covering up his tat (Photo by Kirby Lee/Image of Sport-US PRESSWIRE): 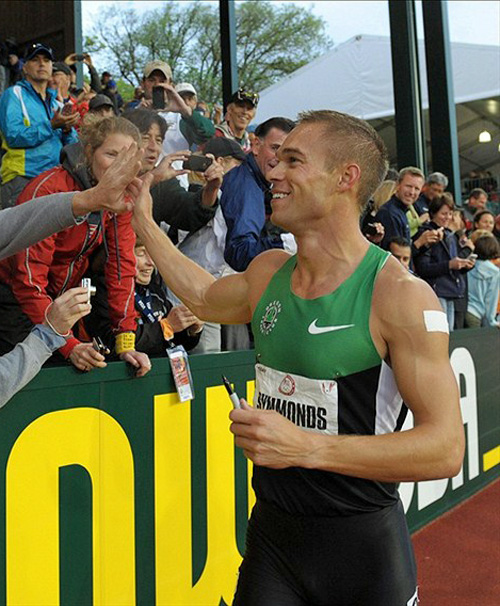 The tattoo that that shall not be named (Photo by Donald Gruener, from Symmonds Twitter page): 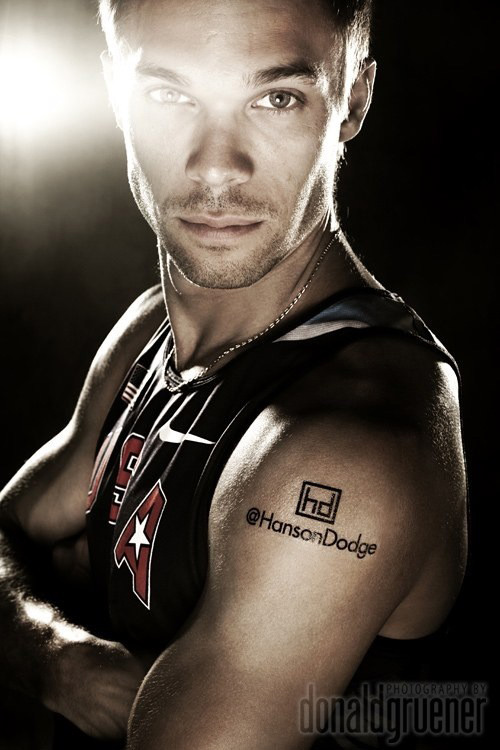 Symmonds at the end of winning the 800 meters at the trials (Photo by Kirby Lee/Image of Sport-US PRESSWIRE): 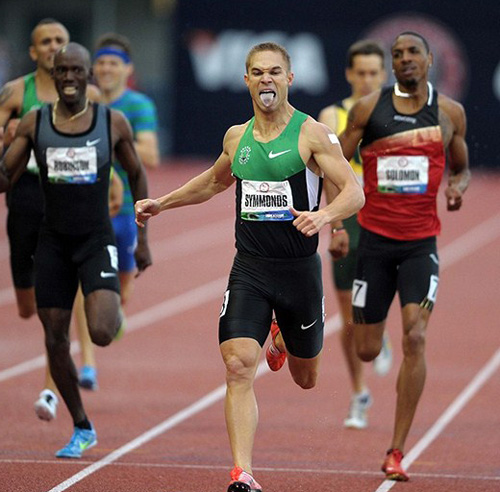