Spanish sailors Onán Barreiros and Juan Curbelo hope to compete in the 2016 Summer OIympics as a team in the 470 class, but they were looking for a way to raise their profile (and presumably attract more sponsors). In January, they posted that if their Facebook page got 1,500 likes by Feb. 28, they would post nude photos of themselves.

They reached their goal and posted two photos, the one above and this one: 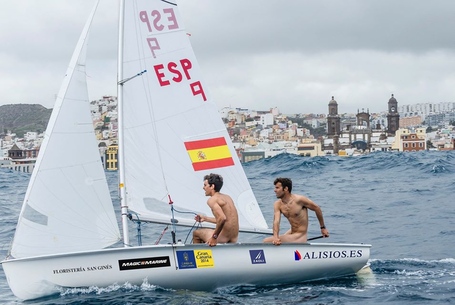 "We are extremely grateful to each and every one of you for making it possible," they wrote. "There is a first time for everything, and it has been a magnificent experience sailing naked on the waters where we were born."

"We didn't want to show too much, or too little and end up cheating people," said Barreiros told Nauto360 magazine. They succeeded and their photos have been seen more than 27,000 times. Now people come into their club on Spain's Canary Islands and talk about the photo.

Nude sailing is a sport we can get behind. If the ancient Greeks had sailing as a sport, you bet they would have done it in the nude. Here is a photo of Barreiros and Curbelo with their clothes on: 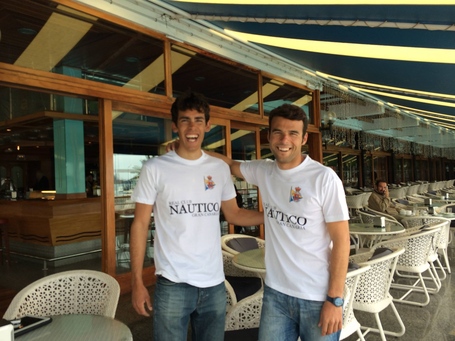 Note: In the main photo, that thing sticking up is not what you think; it's the boat's tiller extension.