'Anyone who does water polo is at least a little gay'

This comment shows the acceptance high school water polo star Noah Ratliff received from teammates and friends after coming out.

Share All sharing options for: 'Anyone who does water polo is at least a little gay'

On May 8 I decided to come out as gay to the world in the best way I knew how -- by posting on Facebook.

Some of you already know this, but many of you don't. So here is a public service announcement.

I hope that everyone will support me and understand I just couldn't keep this a secret anymore because I want to be happy with myself and hope that you're all happy for me as well. I truly appreciate all the support I've been given already and the support I will receive from coming out publicly. If you have any questions or just want to talk to me feel free to message me or text me if you have my number.

Thank you for understanding!


The response was immediate and overwhelmingly positive. I was deluged by messages of support from friends, family and teammates. Among my favorites was from Jake, a teammate, who wrote:

"Anyone who does water polo is at least a little gay. But seriously way to go dude."

The positive response made me wonder why I had waited so long. But it's not easy coming out.

My name is Noah Ratliff and I'm 17. I just graduated from Gresham High School in Gresham, Oregon. I have two brothers and live with my mom and stepdad. I've always been an athlete, but water polo and swimming became my true passions once I started high school. I've been my high school team's MVP and team captain for water polo since my sophomore year. I have also been the MVP and team captain of the swim team since junior year. I was awarded the conference MVP for water polo this year as a senior.

Gay high school wrestling champion Alec Donovan wants colleges recruiting him to know he's gay. He hopes sharing his story will help other LGBT athletes struggling with who they are.

After coming out to his football team in high school, Dalton Ray went back into the closet when he went to college at the University of Wisconsin-La Crosse. He found it gets better.

I am honored to be participating in the USA Water Polo Junior Olympic Championships this summer in L.A. before I leave for college. I'm attending Mercyhurst University in Erie, Pa., this fall to play on their men's water polo team and to major in Biology.

I've known that I was gay since middle school, but I truly didn't accept myself for it until the middle of high school. I never felt comfortable with who I was and I didn't think anyone else would be either, especially my teammates.

I have been on several high school teams and club teams and had great connections with all my teammates. Although I was still scared that once they knew who I was that they would hate me and not want to be friends anymore. So I decided to tell a few teammates at a time and see how it goes.

My assistant coach Emily was the first person on my team that I had ever told I was gay. I was pretty sure that she would be OK with it because she was already a great friend and she has two mothers. So I decided she would be the first to know.


I debated on calling her or texting her. I decided to write out a long text and send it to her that night. It read:

Can I tell you something and you'll just sit and listen?

It's nothing important, it's not a big deal, but I feel I need to tell the truth. Everyday I wonder whether I should tell someone or just lie about it. It's been a thing for years, but I really didn't know what to say or when to say it. I think it's about time that I come forward with just a little piece of information.

It's about me. It's something about me that I've known for a long time and had no intention of acting upon or telling anyone about. I feared I would be picked on, bullied, called names, and worst of all left alone. I feared that after telling everyone and finally letting people know that I would have no support, no friends to talk to and help me.

So I hope once you have read this that you support me because I really need it. I can't do this alone and for someone to help me and talk me through this process could only make it easier for me.

I'm not saying you have to agree with my decisions. All I'm saying is that I hope that you don't leave me because if you left my life i don't know what I would do. You have become one of the biggest influences in my life. You have been the person I could just talk to and laugh with. You are the  first person I come to for help. So I hope that you decide to support me in my decision, but if you don't I understand. I will give you time to deal with it if you need to. And if you don't want to talk with me anymore just tell me because I'd understand too.

The thing I need to tell you is that I'm gay. The thing about this is I don't want it to define me or confine me. Being gay will not change who I am.... I'm still the same person you've been friends with, that you're laughing with, that you're talking with. Being gay shouldn't be the defining part of me, it's a small part of me in the fact that it shouldn't change our friendship. There is nothing about me that will change after coming out.

I just finally wanted to be honest so that I could truly be happy with myself. Trying to suppress these feelings any longer would make my heart drop to my stomach. Telling someone about it was the only way to make this feeling go away and I just couldn't carry that burden anymore.

I really hope that we can still be friends after this, but if not I understand. This is a huge jump for me and probably a shocker for you.

If there is one thing that I could ask of you it is that you don't tell anyone about me being gay. I would like to tell everyone by myself and for them to ask questions or talk about it one-on-one with no pressure from anyone else. I really hope that you are supportive of me still, because I honestly do not know where I would be without you and especially your cheesecake!!!  thank you Emily for everything you've done for me!!! I really do appreciate it!!!"


Emily responded in a matter of minutes. Telling me that I was still always going to be her favorite player and that she was super proud of me for sharing that information with her and hoped that I could be happy with who I was.

I was so relieved to know that Emily supported me and didn't care that I was gay. To know that my sexuality didn't change our friendship and our coach and player bond meant the world to me. To be accepted for who I was by this one person allowed me to start telling my other teammates.

The next person I told was Gabby. She was the girls team goalie and we've been good friends for about two years now. I broke the news to her while we were swimming laps and like Emily, she was totally accepting.

I didn't tell any other teammates that I was gay until I came out publicly on Facebook. I received dozens of phone calls, texts, and messages all saying the same thing. That they still love me no matter what and that if someone doesn't like me after coming out then they don't deserve my presence. 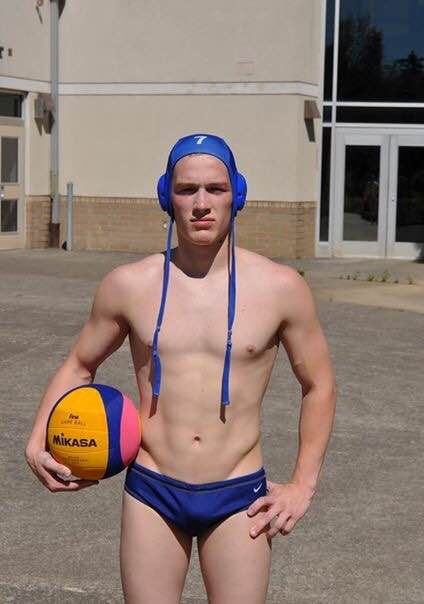 I was ecstatic to receive all these messages of support from my teammates. The best one I received was from my teammate Thomas who said, "I wanted to say that it's awesome that you came out! Honestly don't really care that much, you're still that same old Noah who bullies me in the pool. But much respect man."

Thomas's text allowed me to see that my teammates were happy for me and that all they care about is that I put in the same amount of work in the pool. My teammates have all been happy for me and have been more supportive of me since I've come out. We have a better team bond and have also been playing better in games together. We recently took second in our spring league championship tournament.

Since coming out I've received nothing but love and happiness from my teammates, my family, and my friends. I'm happy to have been able to play for a team that cares for me no matter what and wants me to succeed. I hope to see more teams supporting their teammates no matter their sexuality or gender identity.

To be out as an athlete and still receive support from teammates lets me see that all people want is for me to be happy and to succeed. To see other athletes coming out and receiving support makes me happy. I hope that any athletes coming out can receive the same support and love from their family, friends, and teammates just as I have.

I didn't ever think that I would be able to come out and receive this much support. But I want to use this support to help other athletes be comfortable with who they are and to not hide themselves from the world. Be True to yourself!

Noah Ratliff, 17, just graduated as a senior at Gresham High School in Gresham, Ore. He was on the school's swimming and water polo teams. In July, he will play in the USA Water Polo Junior Olympic Championships. This fall, he will attend Mercyhurst University in Pennsylvania and play on the men's water polo team.He can be reached via email (noahratliff6@gmail.com); Facebook or Twitter (@ratliff_noah).