High school athlete told to stay in the closet by coach, receives love on Facebook

Casey Bethel found acceptance when he came out as bisexual on his Facebook page. That was after a high school basketball coach told him he could never tell a soul.

Share All sharing options for: High school athlete told to stay in the closet by coach, receives love on Facebook

The first person I ever told was my high school basketball coach. It was my freshman year and I had not planned on saying anything to anyone at the time. I come from a very conservative town with a population of 626 in far northeastern California. As a small town it wasn't very welcoming to outsiders or people with different ways of life. My whole family is also extremely religious, which made liking boys even tougher.

But countless days of hearing the phrases "don't be a faggot," "you're so gay," and "eww, you queer" put this weight on me. Of course the phrases and words weren't always meant maliciously, and kids were just mimicking what they have grown up around. Nevertheless the meaning of those words will hurt any LGBT person. They hurt me.

Locker room chatter was where I felt most insecure and the heaviest weight. It was harder for me to believe in teammates, let alone friends, after hearing them use hurtful words.

Then one day someone called me a "fag." They didn't just use the word, they directed it at me. My life somehow became crystal clear after that. I laughed it off and held back the tears until everyone was gone. Then I let loose. My coach approached me - a sobbing mess - asking what had happened. I didn't hold back.

His reaction at first was blank until he realized I wasn't kidding. He sat next to me and his response has stuck with me to this day. 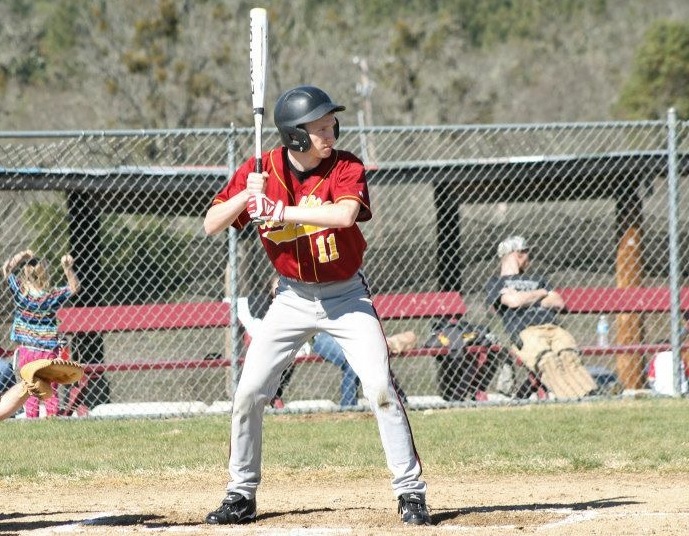 He explained to me that people don't like different, don't like people drifting from their idea of life, especially in our town. As he explained to me, I need to bottle that part of me up so nobody could ever see it because nobody would understand and I would forever be frowned upon.

"No matter what," he said, "you need to keep this a secret. You can't ever tell anyone. Promise me, you won't tell anyone."

From that day forward I became two people, one that I would show to the world and the other that I would keep to myself.

I finished freshman year and then sophomore year all while never telling anyone my secret. I thought if I just hooked up with countless girls that God would somehow forgive me for my sinful thoughts. I still have a hard time breaking that thought.

Depression set in and mom noticed. She asked countless questions, but I never told my secret. It was easy to give an excuse for the depression: I had been found positive for acute myeloid leukemia. I got so good at keeping my secret that people never even questioned my sexuality.

Toward the end of sophomore year my parents decided to move out of the state. My depression was too much for my mom to handle, so she decided it was time for a change, a new start for all of us. We didn't venture far but we wound up in a much larger town. With a population of 66,000 it was a huge step in the right direction for me.

I was nervous about the people at my new school. I still thought nobody could ever know my secret. I was playing baseball and quickly had made so many friends that I didn't need antidepressants anymore. Yet my friends still didn't know me, the real me. I had created such a big lie that I myself even believed it from time to time. My hook-ups continued, but by senior year I started to experiment with both sexes.

Just a few months before graduation I once again told a coach about me. This time it was different.

Alejandro Graterol, a second baseman and shortstop for the Skyline High School baseball team in Washington, came out as gay on Twitter today to nothing but support.

Nate Alfson used to fear road trips on his college baseball team and lived a life in the closet. Now out, he knows what true happiness is.

After explaining how he had no problem with my sexuality he gave me the hard truth: Not everyone accepts people who have different views and that is okay, I just needed to be ready to take the heat. I wasn't ready for the heat at all. So I boxed everything up once again and continued to fake a smile.

Courage is hard to find when all you have ever been told by your family and friends is that gay men and women are sinners who should punished. For a lot of people this is their way of life. It took me years to accept the fact that you can't make people change: they have to be willing to change.

Freshman year of college started last fall and I found myself at the University of Oregon. It wasn't until I mustered up the courage one night that I came out to my mom on the phone. I cried a lot. My mom just kept saying the same thing to me over and over again.

It took my parents a couple months of asking me if it was just a phase to realize it wasn't, but they came around. As I came out to more and more people in my life, I remember getting emotional one day at one wonderful realization: People would finally know me, the real me.

After attending Portland pride and meeting so many inspiring and beautiful people with countless stories I decided it was time to tell the world. With that I wrote a letter and posted it on Facebook. The responses were amazing.

I have learned throughout my life that you cannot and will not please everyone. Everyone will always have their own opinions and you can't change them, they have to change them. I have lost a lot of "friends" since my coming out, and yes every loss hurt. But with that I have gained so many more wonderful people in my life.

You have to accept yourself before you can expect others to accept you, but you're going to make it because the night can only last for so long.

Be you, accept you and most importantly love you.