Shaken by Orlando, a top high school soccer player comes out as gay

Sam Johnson has been a top high school soccer player in Western Washington, headed to Whittier College in the fall. He will do so as a publicly out gay athlete, refusing to stay silent after the shooting in Orlando.

Share All sharing options for: Shaken by Orlando, a top high school soccer player comes out as gay

In June, Sam Johnson was recognized by the Seattle Times as one of the top high school soccer players in all of Western Washington. He was a four- year varsity starter at O'Dea High School, and his club team played in nationally acclaimed tournaments such as Surf Cup and the Disney Showcase. He will be playing Division 3 soccer for Whittier College in California and hopes to major in the sports or science field.

When I first met Sam Johnson, a few things were apparent. He had an immense amount of potential. He was scared. He was a spitting image of myself.

Like me, that fear has faded away. When someone changes how they see themselves on a fundamental level, growth and change are inevitable. Sam isn't the same person I met three years ago. There is nothing more terrifying than the potential of losing love. Ultimately, that is the fundamental reasoning behind the "closet," to shield ourselves from the uncertainty that comes along with letting down our walls and allowing people - some of the people who thought they knew us best - to see different sides of us.

I have been fortunate enough to have a front row seat to watching Sam tear down those walls and slowly allowing more and more people to know the real him.

Our stories are the most powerful weapon we have to combat homophobia and garden-variety ignorance. This is Sam's story. This is Sam's added voice to the chorus of people who want to see real, tangible change.

Sam Johnson is your everyday 18-year-old from the suburbs of Seattle. Raised by his parents, Sam and Tricia, with his older sisters, Lizzie and Sarah, he grew up in a strict Catholic household. Like so many other "normal" kids he played every little league sport, went to school, had lots of friends and enjoyed time with his family.

After coming out as gay to family in central Montana, Macoy McLaughlin had to come out a second time to his teammates at North Idaho College. It has gone great.

Taylor Reifert turned a low moment on the field into a positive with support from his teammates.

Also like so many other "normal" kids, he always knew he was different. Always known for being a good student, his drive and purpose were reasons unknown to everyone. Because of his difference, hidden deep beneath the surface, he felt as though he had to compensate, to over-achieve in order to be equal to his peers...as though he was always playing from behind.

He made sure he could be trusted, counted on and needed whenever necessary. He was involved in his church, altar-serving, youth group and community service. High school came and Sam chose to attend an all-boys Catholic high school located in the heart of downtown Seattle. His environment was difficult, and subsequently he involved himself more eventually winning a Christian Service Learning award at graduation and placing himself among the top of his class.

Affected and moved so deeply by recent events in Orlando, Sam wrote these words to his extended family in the last week:

I have been silent for a very long time. I have listened, I have observed and I have reflected on a proper time and place to do this; but I decided that the time was now. You all are aware of what has happened in Orlando, and regardless of your opinions of the topic, a man walked into a bar and targeted people of the LGBT community and killed them, and that is the simple fact. You grow up being afraid of who are you, and then eventually you come to terms with it. And then something like this happens and you go right back to where you were. Put yourself in the shoes of the mothers, fathers and siblings of those people who won't come home after their Saturday night out, put yourself in the shoes of people who have to watch their backs and live in fear for simply expressing who they love.

Sam and I have met every tragedy and every victory our society has seen over the last few years with hours of thoughtful conversation. His deep desire to better the world shined through with every late-night conversation regarding his concern with some aspect of society. Maintaining that optimism and fervor - while dealing with the inner turmoil of being at ends with his faith, sexuality, social and family life - was something that always impressed me.

He celebrated in whispers as we watched our country gain marriage equality.

He cried in silence as more and more LGBTQ youth have lost their lives at the hands of intolerance and ignorance. 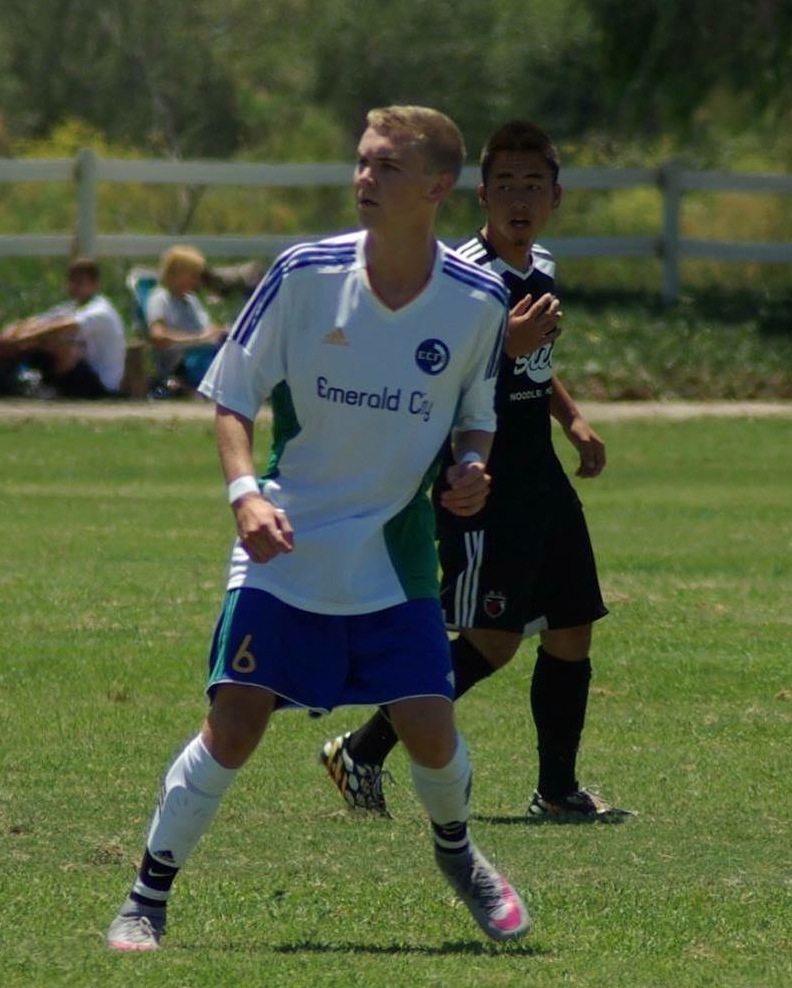 He has decided to be silent no more. He is joining the many voices speaking out against prejudice and bigotry. This is not about attention, and this is not about politics. This is about wanting to make a positive contribution to an otherwise negative and hostile world. Once you know what it is like to not have anyone there for you, you want to be there for everyone. That's Sam.

As a member of the newly appointed Sports Equality Foundation student-athlete advisory committee, Sam has chosen to be at the forefront of the fight for equality within sports. Along with his eight other committee members, and now close friends, they stand as visible members of the LGBT community, but more importantly as athletes, for all to see and observe. As a reminder and as a voice for the thousands of open, closeted and confused athletes within sports programs across the nation.

One thing my relationship with Sam has taught me is the importance of community. Sam's parents and sisters and friends and teammates have all shown the power of love and community. This hasn't been just a process for Sam but rather everyone in his personal life. We live in a society where we are asked to normalize demographics of people. These stories are the most effective way we have to normalize this community.

Familiarity breeds acceptance. It doesn't just stop with normalizing LGBT voices but also allies of the LGBT community. Those being vocally supportive of our LGBT brothers and sisters face similar scrutiny and prejudice. That is why seeing those who have rallied behind Sam has given me a familiar sense of hope I see in these stories. So to all those people in Sam's life whom I have met and who have shown me what love looks like in action - Tricia, Sam Sr., Lizzie, Sarah, Brendan, Mary and Bill - thank you.

I am incredibly proud of Sam and all the progress he has made. From starting off by telling me he was straight, to telling me he is bisexual and never telling anyone, to late night phone calls about struggles with friends and family, to hugging his incredible mother as she sobbed as she told me how proud she is of him, to recording his voice with those in the history books who decided to stand up and tell the world that fear and hate will not win...Sam's come a long way.

Of course, he still has a lot further to go. But it's important to look back and appreciate how far he's come. The most important thing Sam's story has taught me is that love and integrity are more powerful than even imaginable.

Thank you Sam, for your honesty and your bravery. I could not be more proud of you and can't wait to see all the incredible good you will do.