The Real Madris star gets ripped for ripping off his shirt, but we're not complaining.

The soccer world was riveted this weekend when Real Madrid came back late to force extra time and beat Atletico Madrid, 4-1, to win the Champions League. A lot of talk after centered on Real Madrid star Cristiano Ronaldo, who stripped off his jersey and ran around the pitch posing after scoring a goal. The criticism had to do with the fact that Ronaldo's goal was icing on the cake, making it 4-1, and not a crucial score.

--"Cristiano Ronaldo flopping and then celebrating a totally meaningless goal while shirtless is the most 'Ronaldo' thing I've ever seen."

--"Ronaldo sprinted toward the Real Madrid fans, ripped off his shirt, and began to flex. He looked like an idiot."

--"Ronaldo had just scored a penalty to make it 4-1 in the Champions League final in Lisbon on Saturday. It wasn’t exactly a crucial wonder goal in the dying seconds to win the game. But he stripped and showed off his muscles because he knew it would be the image most widely used online and in the world’s newspapers."

Busted! That's the only reason I'm writing about the Champions League, and besides, what's wrong with looking at Ronaldo shirtless?

The photographic evidence (click image for larger view). All photos by Getty Images: 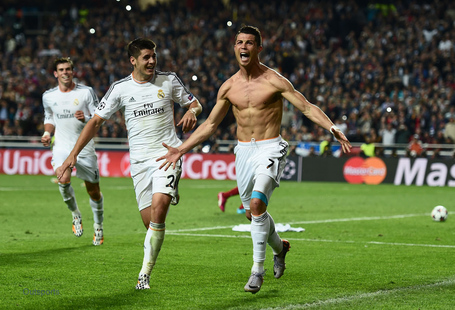 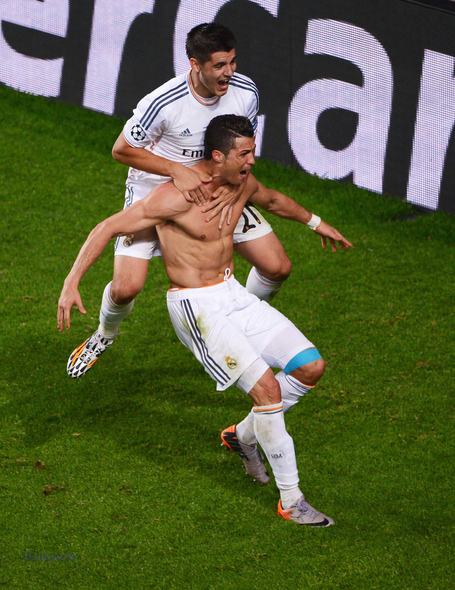 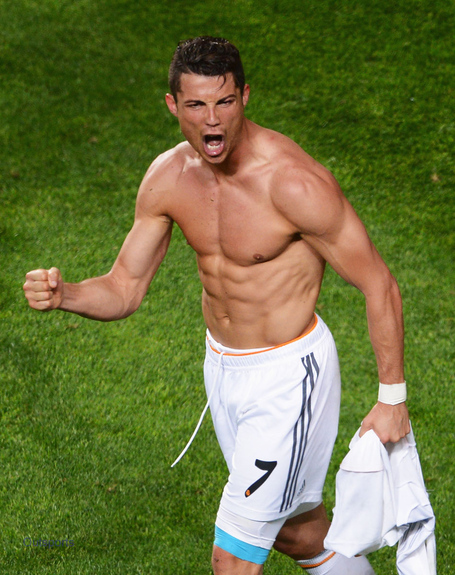 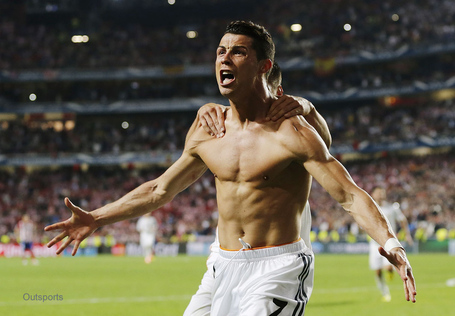 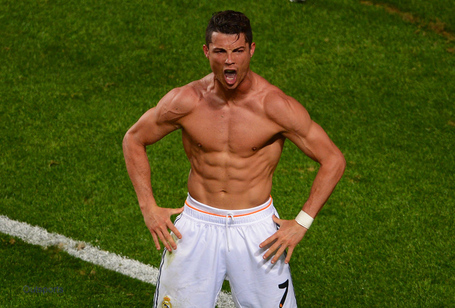 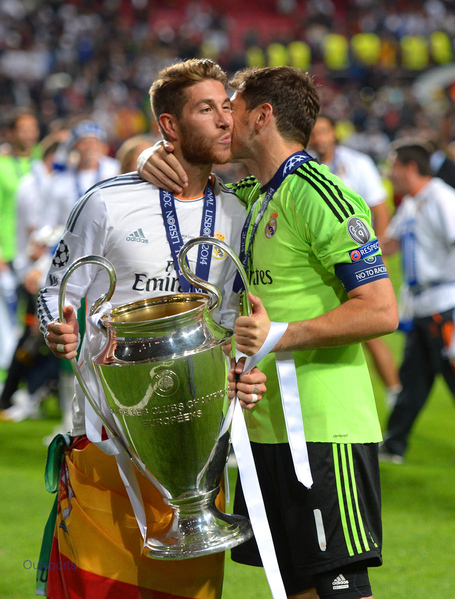 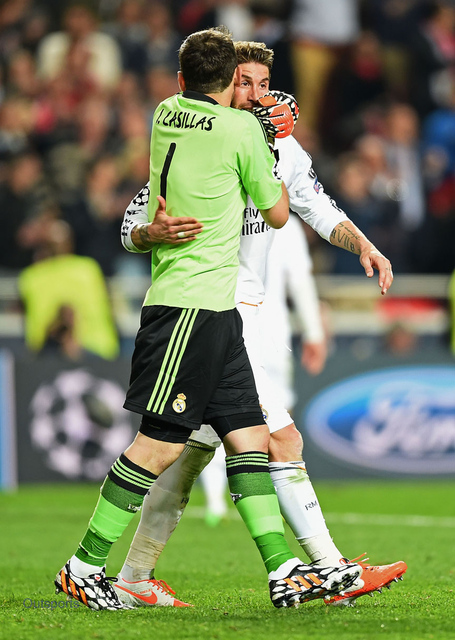