Matt Dils did not know how his small town in Michigan would accept him but other gay athletes helped give him the courage to be himself.

Share All sharing options for: High school athlete inspired to come out by other young gay athletes

Looking back, many influences gave me the courage to be who I am. They helped me finally accept myself that I was gay, and I am finally ready to share it with others.

When I was struggling in the closet, I never really thought there would be a day that I would ever come out to people and admit to the world who I really was. I stumbled across multiple stories in Outsports and they opened my eyes as to what it was like for other gay athletes. I read articles about Jack Thorne, Derek Schell, Conner Mertens, Juan Mendoza and Chandler Whitney and they all explained how they too had worried about what their coaches and peers would think.

They too had worried about homophobia in sports and if that would change the way they had played the sport before. And in the end, it all ended up working out for them, therefore giving me more and more courage. Chandler had mentioned how he was surprised at how well his teammates took it, which gave me a sense of relief as far as how my friends and fellow athletes would react. And Juan mentioned how well his family took it, which gave me because I had a massive Catholic family who loved me no matter what, but I still had no idea how they would all react. These articles gave me a sense of security that things would be OK.

I've participated in many different sports such as football, basketball, and track, but in my senior year of high school, I'm finishing off with cross country and golf. I am about to be a senior at Swan Valley High School, a tiny school in Saginaw, Michigan. In a small town and a small school like this, playing sports was pretty much life for many people. Every Friday night during fall at least 90% of the community comes out to support the football team.

For me, I enjoyed being an athlete more than I enjoyed being just one other player on the football and basketball team, so I started to run. Running was one thing I truly fell in love with because being in the closet, I really needed something to clear my head, and I knew I fit in so well because it was such an individualized sport. At a track meet, the entire stands cheered for you. That in itself made me fall in love with the sport.

At the end of the track season my sophomore year, my brother was diagnosed with Acute Lymphoblastic Lymphoma and it really spun my life around. I went from being pretty close to coming out to nowhere near being ready. I was very lost in the whole situation because my family was all taking care of him, and I felt it was not the right time at all to tell people about me. I didn't have any form of a social life, and I spent my summer working and working out. I was distant from my friends, and kept to myself. I was really big into CrossFit, and it was something that I could do that cleared my mind.

By the time fall came around for cross country, life managed to get in the way of my passion for running, and by the time spring rolled around, I was ready for a change and that change turned out to be golf. This was another sport that cleared your mind and was all about you. I soon learned golf was the most challenging sport I've ever attempted. It was up to you to be good because everyone has an equal opportunity to be good at golf, it just depended how dedicated you wanted to be to the sport. My entire family golfed and I finally decided it was time for me to try it out and I ended up falling in love with another sport.

Fortunately, despite some bumps in the road, my brother's health improved and he was back to his old self, though he still has another couple years of chemotherapy. I finally felt like everyone in my life was in the right place to hear what I had to say.

Once I reached high school, I realized that I wasn't attracted to girls in the way that my friends were. This made it hard to be true to myself because I was so involved in school being class treasurer, a student government representative, and being involved in other extracurricular activities such as sports and academic competitions. Being so involved made me wonder how the community would react to me being gay. I was afraid of losing friends, and being treated differently. I didn't want to be known as the gay kid in high school, because being gay was only one small part of who I am. I was so scared that people would think I would change after I came out into something I wasn't, and that ended up pushing me away from coming out even more. It  was a challenge even for myself to accept the fact that I didn't have to change into the stereotype of a gay man if I were to come out to the world.

I was less worried about what my peers thought, and more worried about what the closest people in my life thought. In the end, I didn't lose any friends over coming out and telling the world I was gay, the opposite ended up happening. I gained many, and for that, I could not be more grateful.

Looking at all of the Outsports articles, one in particular that stood out to me was Jack Thorne's. I ended up reaching out to him and thanking him for being a good role model, and he wound up becoming a friend and helping me through all of it. He explained his story to me and he helped me through everything I was going through, and finally helped me come out.

I had many questions for a fellow athlete like how he had came out, how he was accepted, and how he was looked at on the team and by his coaches. The more I talked with him about everything, the more I realized that maybe it would be OK if I were to come out to everyone.

It was in this past April when I told my first two friends that I was gay and it went better than I could have thought. After coming out to them, I felt the confidence inside myself to start telling more the truth about who I was. The first two people I came out to I did in a humorous way just because of the friendship we had. I had this funny cartoon meme on my phone  and I thought it'd be super funny to show them and that be my way of coming out : 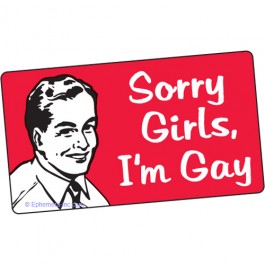 They both laughed at the picture and said they loved me regardless. From there, I started with my small group of friends one by one, and by doing so, I became less and less scared. I told the majority of the people I knew that I was gay through a text message. Looking back, I don't think it was the greatest idea because to some, this is a big deal, and I should've also considered how they felt about hearing the truth through a text message. To me at the time, I just wanted to get this heavy weight off my chest, and tell more and more people! They all responded with loving messages and I realized how great my friends actually were.

I had no intention on coming out on social media, because at the time, all of my close friends and family had known, but in the end, I figured if the whole community was going to find out, I was going to want to clear the air myself and not let everyone find out through this rumor from the grapevine. It was on Twitter that I posted a picture of my friend and I and it was initially a Snapchat that we sent to her friend because she didn't know I was gay, but I had liked the picture so much, that I saved it and two minutes later posted it to let the world know the truth about me. 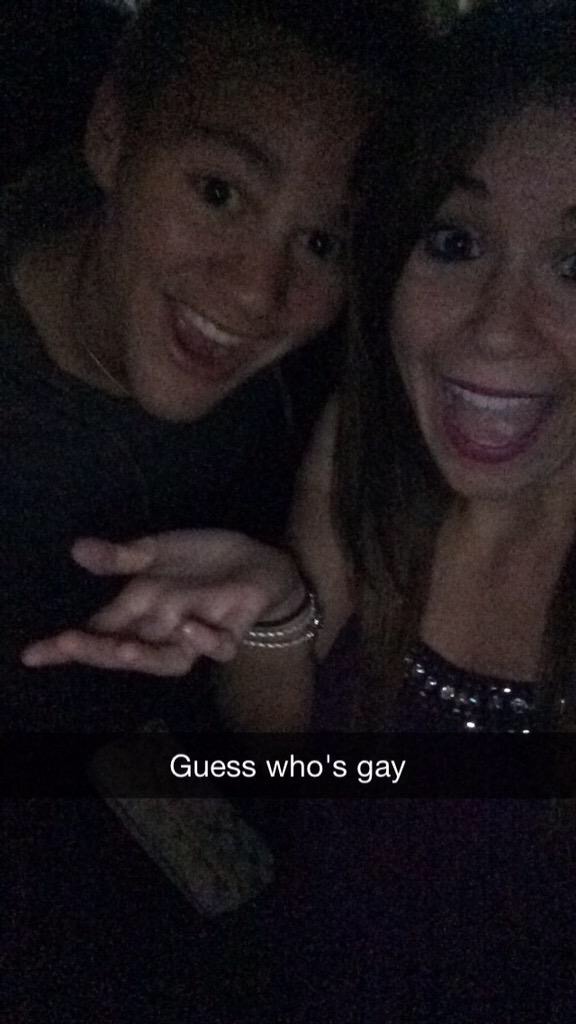 In the end it didn't matter that I was gay, it just mattered that I stayed true to myself and people loved me for me, and not my sexual orientation. Honestly, I knew that most of my friends would be supportive, and I had hoped not much would change with anyone, but I was very taken back on how well everyone has taken it. I couldn't have been more grateful to my friends and family for their support, so if I were to say anything to anyone about coming out, it's that you shouldn't underestimate your loved ones, because they will be alongside you every step of the way.

Two years ago when I had first read an Outsports article, I saw a whole new perspective on being gay. I realized it was OK to be gay and also be an athlete. It was refreshing to read so many articles from so many different athletes and how they had great amounts of positivity come from coming out. I wanted to be one of those people that could be honest and open with the world and not have to worry about negativity in life.

I would never have imagined I would be doing an article for Outsports, but I feel pretty honored to be writing one. These articles helped me realize it was OK to be gay, and they showed me that others experiences of coming out was pretty good overall. I can say if it wasn't for these articles I would not be out of the closet right now, and I want be a part of helping others come to be OK with who they are and help them come out. These articles changed my life drastically for the better and I would love for mine to be able to help change others as well.

Matthew Dils, age 17, is senior at Swan Valley High School in Saginaw, Michigan. He is also on his school's golf and cross country team. He plans on attending college at Grand Valley State University or Michigan State University and majoring in Biochemistry in hopes of becoming a Veterinarian. He can be reached via email at mdils97@gmail.com or on Twitter (@TheeMattDils) or on Facebook (https://www.facebook.com/matt.dils)